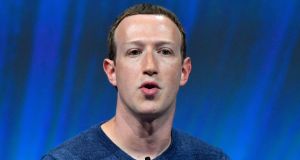 Yet another scandal has enveloped Facebook. This time, the problematical issues do not involve data mismanagement, privacy concerns or election meddling; at least not directly. Instead, as revealed in an in-depth New York Times story, the impropriety centres on the company’s attempts to distract and deflect public scrutiny of those concerns.

This included spreading false rumours of an association between anti-Facebook campaigners and liberal billionaire financier George Soros – who is Jewish, and frequently a target of far right conspiracy theorists and anti-semitic campaigns – and trying to discredit other technology companies such as Apple, whose CEO Tim Cook has been critical of Facebook.

Following these revelations, Facebook opted for its familiar playbook of denying knowledge at executive level, apologising, and promising to do better. Facebook severed its association with Definers, but insisted the New York Times story was incorrect (the paper says it interviewed over 50 people).

But such excuses and actions – yet again – ring hollow. In this case, as in the others, lack of awareness at executive level should not be an excuse, but a serious indictment of top executives unable to oversee and control their own company.

Facebook’s board must take decisive action and consider the positions of its CEO and COO. Legislators globally must better regulate, and split apart, a company with such massive power over data, and therefore, over nations, citizens and the democratic process.

The latest scandal raises pressing questions for Ireland, too. How can our small Office of the Data Protection Commissioner – Facebook’s European regulator – meaningfully investigate a company whose most questionable actions appear hidden even from its two top executives?