Engineering projects are for people. Why not ask them what it is that they want? 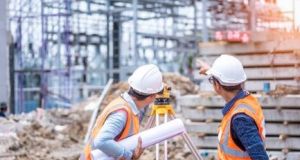 What do the failed high-rises of the 1960s and the hated road-widening plans of the 1980s have in common with the wildly unpopular tree-felling plans of Transport for Ireland? The answer is the lack of regard for people. People are part of every planning problem – or should be.

From the perspective of industrial design the only acceptable solution is one approved by the user. We call this user-centred design. It’s pretty simple. If the user likes the product they are more likely to buy it.

How is this done? More than being about drawings and colours, design is really about asking people what they want, coming up with creative proposals, and asking them again if they still want it.

Design does have to accommodate the laws of physics, but it does not impose them. It goes beyond them and is people-centred.

In contrast, engineers and planners tend to assume that obeying the laws of physics is enough. The awfulness of the 1960s high-rises were that they were based on the assumption that humans only need shelter and light. The road-building mentality of the 1980s was to impose upon Dublin (and other towns) the logic of the shortest, widest line between two points.

Transport for Ireland is at risk of the same failure if it believes that simply by implementing the physical requirements of mass transit the job will be done.

If the process is transparent and the citizen has a real say, then, even if the result is less than ideal, it will seem to be fair

One of the most egregious instances of this is the proposal that the much-loved trees of Baggot Street Lower should be felled (freeing up a paltry two metres of road space). If the road engineers had included the human side of the equation they would have not even considered this. That’s not an odd idea. It’s called good manners.

While designers must accommodate engineering practicalities, engineers seem to think the human part of a system is some form of annoying irrelevance. Engineers just want to get on with it. The result is either a project that is much hated (pretty much all civil engineering interventions) or never gets built because it’s bogged down by objections.

It seems odd to have to spell it out but engineers aren’t being realistic when deciding to fast-track things, to send in bulldozers and to cut down trees. It’s not smart to overlook the fact that humans have to live with the projects they and planners devise.

Memo to planners: projects are ultimately for people. Why not ask people what they want and find a compromise that is not only a bit practical but a bit lovely too?

The English writer and wood-turner David Pye describes the value of design being that it acknowledges the humanity of the user. We develop a relationship with the object for its own sake, such as a much-loved old car or a nice building. This relationship exists when the object is more than the engineering minimum, when the object means something more than its utility.

The general lesson is that people, the citizens, the users, have to be involved in decision-making carried out in their name. Good engineering solutions and thoughtful plans can survive consultation.

If the process is transparent and the citizen has a real say then, even if the result is less than ideal, it will seem to be fair. It could, with a bit of flair, even look pleasing.

The great theorist of citizen participation, Sherry Arnstein, wrote that the highest level of citizen involvement was where citizens had agreed to planning decisions. This requires involvement of citizens at the start of planning, to help define the problem, if indeed there is one.

We citizens pay taxes to people who impose plans on us we don’t want and which we hate looking at. This has to stop

Grand planning failures share the feature that the people involved were simply presented with an inevitable plan to meekly accept or to mitigate a little.

Consultation with the public, the user, the citizen is messy and slow, but it is the only way to ensure that the proposals are what people want in the first place. At a minimum this means avoiding acts of aesthetic violence like wholesale demolition and tree-felling. At best it could yield solutions that people actually like. How weird is that?

Well, it’s completely normal for industrial designers. It’s what they are paid for. By consulting users, companies discover which designs people will buy and maybe even love.

We citizens pay taxes to people who impose plans on us we don’t want and which we hate looking at. This has to stop.

If an engineer’s preferred plan is the best it will withstand public participation. Dealing with human values needs to be accommodated in engineering and planning just as doctors also address the humanity of those they treat.

Engineering needs design just like design needs engineering. Factoring in human feeling, putting art and design into planning, is the democratic and right thing to do. It’s also smarter.