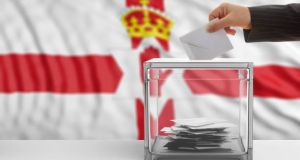 The unavoidable fallout of Brexit may very well see the question of reunification raised at the polls sooner than many anticipated. A new poll by LucidTalk for the Sunday Times shows that a majority in Northern Ireland want a border poll within the next five years.

Of those surveyed 47 per cent would back remaining in the UK, while 42 per cent would vote for a United Ireland with 11 per cent undecided. Brexit has acted as a catalyst to conversations over constitutional change after the majority will of the people of Northern Ireland- which was to remain within the EU, was set aside by Westminster.

14 Rusbridger should be removed from Irish media commission – Máiría Cahill

23 All Creatures Great and Small: Who was the real James Herriot?

26 Murmuration of starlings: How our stunning front-page photograph was taken

27 How will Denis O’Brien’s departure change the Irish media landscape?

30 Stuff happens: Why you have so much household clutter – and how to get rid of it

35 Back to beauty basics: How to buy and wear blush

39 A history of Ireland for outsiders: From Henry VIII to the Troubles