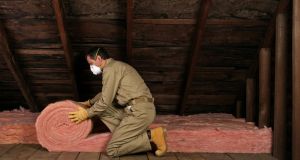 Assurances were given that sufficient funding was available for the retrofit housing scheme when it was known that all applicants could not be accommodated. File photograph: Getty Images/iStockphoto

Confidence in public administration is a necessary lubricant in the relationship between citizens and government. And it has been damaged by the handling of a deep retrofit housing scheme operated by the Department of the Environment and the Sustainable Energy Authority of Ireland (SEAI). Assurances were given that sufficient funding was available for this pilot scheme when it was known that all applicants could not be accommodated.

Minister for the Environment Richard Bruton advised the Dáil last June that the scheme was “fully funded and proceeding as normal” while, the following month, the then chief executive of the SEAI said the scheme was still open to applicants. Both statements were correct, but in reality money was not available to fund almost half of the applications received. The SEAI became aware of the situation in early April but did not formally close the scheme until last week.

If it is to succeed, a more transparent approach will be required

Applicants were advised not to begin work until a letter of approval was received and that costs predating that event would not be paid. Homeowners were required to apply through approved contractors who had a minimum of five deep retrofit projects on hand. Applications had to be in by last July and work completed by next October. Because of time constraints, some householders and contractors began work before approval was received. When the scheme closed, 350 applications had been approved. A further 300 remained unprocessed with homeowners and contractors facing unexpected costs.

The withholding of additional funding may reflect Government concerns about the impact on the Exchequer of a hard Brexit. Those affected were offered a smidgen of hope when the SEAI said a review of the project would extend into 2020 but without any commitment to consider open applications. At the same time, Minister for Housing Eoghan Murphy insisted that the Government’s climate action plan to retrofit half-a-million homes by 2030 remained on track. If that is to succeed, a more transparent approach will be required.

1 Costa living: ‘Move home to Ireland? I’d hate it’
2 Anti-Irish bigotry in Britain has not gone away
3 ‘I never truly understood what community meant until I moved to Donnycarney’
4 Steve Coogan: ‘Come Out, Ye Black and Tans is two fingers to the British’
5 Coronavirus: Almost 60 new cases recorded in Italy as two die
Real news has value SUBSCRIBE