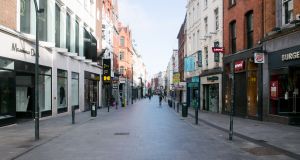 The latest indicators on Covid-19 in the Republic offer some hope that the devastating surge of the past month can be brought under control. New cases are declining, albeit slowly, and the National Public Health Emergency Team (Nphet) estimates the reproduction number is now below 1, meaning the epidemic is not growing. In the background, the vaccine programme is maintaining its steady progress and should begin to show an impact by the Spring. But while we can hope for the best, the Government must still prepare for the worst.

The darkest scenario is that one or more of the vaccines prove ineffective against new strains of the disease, or that supply turns out to be significantly lower than expected. Even if the vaccine rollout proceeds as expected, mass immunisation is not a strategy for containing the emergency we face right now.

It is quite possible, as a result of the increased transmissibility of new variants, that current Level 5 restrictions will prove incapable of bringing case numbers below a certain, unacceptably high, level. So Government must have a Plan B to ease pressure on hospitals. Instead of focusing on peripheral, low-impact measures like reducing the exercise limit to 2km from 5km, as countenanced by Green Party leader Eamon Ryan, the focus must inevitably return to travel. This has been the area where the Government has most consistently got its approach wrong, from its pointless “green list” last summer to its failure to deter people from travelling home at Christmas. The latest PCR-test rule is too little too late.

With non-trivial numbers of people still entering the country quite freely, the Government will have to take on board Nphet’s long-standing call for stricter border measures – including some form of quarantine. It must engage seriously with the authorities in Northern Ireland on this, but the open land border in itself is not an excuse for inaction. A proper quarantine regime would reduce the inward flow of travellers while sending an important message about the State’s determination to defeat the virus.