The Irish Times view on the killing of Michael Dwyer: time for a real inquiry 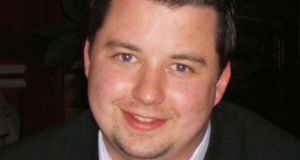 The collapse earlier this week of the trial in Bolivia that grew out of the 2009 police operation that killed Michael Dwyer and two other men was inevitable once the country’s president Evo Morales fled into exile last November.

The collapse earlier this week of the trial in Bolivia that grew out of the 2009 police operation that killed Irish man Michael Dwyer and two other men was inevitable once the country’s president Evo Morales fled into exile last November.

For years its disregard for basic constitutional norms exposed the reality that the so-called Terrorism Case No. 1 was not a legal process but a political one, designed to cow the opponents of Morales and his Movement Towards Socialism (MAS) party. It had long ago become a show trial. Even a decade after the police raid that led to Dwyer’s killing and the subsequent levelling of terrorism-related charges against leading political figures in the opposition stronghold of Santa Cruz the case trundled on with no end in sight.

That all changed when the MAS was unexpectedly ejected from power. Morales fell amidst unrest that followed exposure of an effort to manipulate October’s presidential election in which he was seeking an unconstitutional fourth term. With the case’s political sponsors out of office, prosecutors pulled the charges.

The trial’s end has now removed the reason Bolivia has long given for holding off on participating in an independent international investigation into the events surrounding Dwyer’s death, which have never been investigated despite an accumulation of evidence he was unlawfully executed. On a visit to Ireland in 2015, Morales committed to such an inquiry once the trial in Bolivia had concluded. Irish authorities and the EU must now insist his successors follow through on that .

An independent international investigation remains vital whatever happens next in Bolivia, where fresh elections will be held in May. The country’s judicial institutions have shown themselves to be far too susceptible to political pressure. There is little sign of this improving under the interim government that replaced the MAS. Only an international component to an inquiry can provide the guarantee that it will be properly independent of the sort of political interference that has marked the whole affair until now.