The Irish Times view on the crisis at RTÉ: beyond the platitudes

The attitude of Government towards the broadcaster is depressingly narrow, self-serving and bordering on vindictive 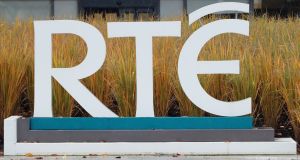 Staff at the national broadcaster are contemplating an uncertain future of job cuts, closures and retrenchment. Photograph: Niall Carson/PA Wire

Gay Byrne’s funeral on Friday brought to an end a fraught week for RTÉ, with staff at the broadcaster contemplating an uncertain future of job cuts, closures and retrenchment. Management’s proposals to address the financial crisis besetting the broadcaster will inevitably be criticised from some quarters as insufficient and from others as crude and heavy-handed. Worryingly, they also fail to paint a convincing picture of what a future RTÉ should actually look like, if it is to survive at all.

But the core question of what role public service broadcasting should play in a rapidly changing media environment is not for RTÉ alone to answer. As this week’s session of the International Grand Committee on Disinformation and “Fake News” in Dublin vividly illustrated, the challenge of how to maintain a public square for reliable information and debate in the age of digital platforms and social media goes to the heart of democratic discourse and requires urgent political attention.

Unfortunately, the anodyne response from the Government to this week’s announcement is par for the course. It follows years of inertia and procrastination, culminating in Minister for Communications Richard Bruton’s announcement that no decision on replacing the existing licence fee with a new public service media charge would be taken in the next five years. Reforming the licence fee in the manner proposed would not lead to any price increase for the majority of households who currently obey the law, but it would virtually eliminate evasion and also bring into the net those who don’t have a traditional TV set but access content via the internet.

Beyond the platitudes, the true attitude of Ministers and senior officials in the Government are depressingly narrow, self-serving and bordering on vindictive. RTÉ has many shortcomings, but if it is to discover a renewed sense of purpose it will require a far greater engagement at the highest political level with the real challenges it faces. The citizens who provide most of its income deserve no less.