Restructuring the Garda Síochána was never going to be easy 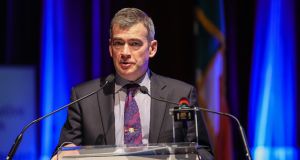 Attack is frequently used as a form of defence. That has been the approach adopted by some members of the Garda Representative Association at their annual conference. Rather than dwell on the various shortcomings within the force and the reluctance of some members to engage with a reform agenda, the opportunity was taken to accuse the Minister for Justice Charlie Flanagan of ‘negligence’ and Garda Commissioner Drew Harris of ‘despicable’ decision-making. This confrontational attitude offers nothing but future grief.

GRA members complained about shortages of funding for armed services and training, even as the budget grew. Much of that extra cash went on Garda pay and conditions, however, and followed threats of a withdrawal of labour. Before Commissioner Harris took over, the Policing Authority identified a shortage of funding in key areas inlcuding IT, human resources, training and accommodation. It also reported that gardaí in the lower ranks had not bought into the reform agenda and that uncertainty existed at managerial level about the future development of the force.

Vicious gang warfare in Drogheda and in Dublin over control of the drugs trade practically guaranteed that Mr Flanagan would receive a hot reception in Killarney. He did. New structures between the Department of Justice and the Garda Siochána make him the paymaster, rather than director of police operations. A shortage of funding left him no place to hide, even as GRA demands for armed response units in every division and a supply of tasers for all members ignored fiscal reality and grabbed the headlines.

Commissioner Harris is responsible for spending the money he receives and, so far, has adopted a cautious, independent, approach. Ignoring Government ambition to increase Garda numbers by 800 this year, he checked on funding and the slow pace of civilianisation and settled for an intake of 600. That decision was criticised as ‘mind boggling’ by one delegate, while his actions in other areas were also a cause for concern. He had made Garda discipline, so obviously fractured during recent decades, ‘a matter of priority’. Promotions to the ranks of sergeants and inspectors had been withheld recently because public complaints were outstanding against the individuals concerned. Promotion has also been made dependent on members signing up to the Garda Síochána code of ethics, something less than fifty per cent have done.

Restructuring the Garda Síochána was never going to be easy. Members have served with courage and distinction, defending the State against paramilitary and criminal activity. But as demand for greater transparency, efficiency and higher ethical standards has become insistent, discredited old practices must be swept away.