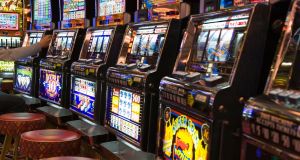 Gambling is a serious problem in this country which inflicts untold damage on thousands of families, but there has been no appetite at any level of society to face up to the issue and come up with a coherent response.

The Government’s decision to establish a gambling authority after endless prevarication on the issue is welcome, but it is a pity that the regulator will not be in place for at least 18 months – if at all.

Gambling is a serious problem in this country – one that inflicts untold damage on thousands of families – but there has been no appetite at any level of society to face up to the issue and come up with a coherent response. It is a multi-billion pound industry whose tentacles have reached into every corner and every age group. The internet has facilitated this expansion and has put thousands of vulnerable people at risk of losing all they possess.

There has been a huge focus in recent years on regulating the drinks industry and its involvement in sports sponsorship but nothing like the same attention has been paid to gambling which, arguably does as much damage, and possibly more.

Successive governments have promised to introduce regulation and update the law but the issue has been repeatedly put on the long finger. It is all well and good that the Government has finally produced the Gaming and Lotteries Amendment Bill, but everybody knows that there is no prospect of it being passed before the next election so it will fall with the end of the 32nd Dáil.

The only positive aspect of the move is that it should put pressure on the next government to devise a comprehensive response to the problem. Announcing the provisions of the Bill, Minister of State David Stanton was right to express particular concern at the extent of underage gambling and the proposal to have an age limit of 18 for gambling of any kind makes sense.

However, it will take much more than an age limit to shield young people from the worst aspects of gambling. Through lucrative sponsorship and clever and canny advertising in particular, the industry has infiltrated sport to an all pervasive degree and normalised itself in the process. Whatever the challenges, the sooner it is confronted the better.

1 The Crown’s Josh O’Connor: ‘I’m a republican. I’m not interested in the royal family’
2 Michael J Fox: ‘In the wheelchair, I’m luggage. No one listens to luggage’
3 School leggings controversy: Anatomy of a social media firestorm
4 Miriam Lord: Dramatic Al sets the stage for a dark day of reckoning
5 Publican blames Covid-19 as Dublin’s Dice Bar to shut for good
Real news has value SUBSCRIBE