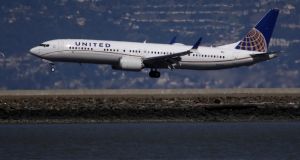 Boeing is in damage control mode. Potential similarities between two tragic crashes involving its 737 MAX 8 aircraft, that killed almost 350 people, have led to the global grounding of its MAX aircraft.

The aircraft maker is starting to face serious questions about how it managed the rollout of one of its best-selling aircraft. For a start there are reports that after the October crash in Indonesia, company officials told US pilot unions they planned to update the software on the MAX aircraft by the end of 2018.

The carriers are still waiting for a fix. Another issue relates to the training of pilots for the new planes. To qualify to fly the aircraft, the pilots at American Airlines were given a 56-minute iPad training and several papers on the differences between the MAX aircraft and previous 737 aircraft.

The US Federal Aviation Authority (FAA), which stood by the safety of the MAX fleet at the start of last week as regulators around the world banned 737 MAX aircraft from their airspace, now says the the MAX fleet will remain grounded at least until May. Some estimate the costs to Boeing could be in the order of $1 billion in terms of technical upgrades to the aircraft. Airlines have begun to demand compensation for their losses during the grounding. Boeing is also likely to face calls from customers, such as Irish-based leasing operations, who will demand discounts if aircraft deliveries are delayed due to any redesigns.

The US corporate giant will probably be able to absorb such costs. It makes more than $100 billion in revenue a year. The real cost, however, is the incalculable reputational damage.

The bigger challenge is how it will handle the public’s perception of its MAX fleet. Boeing has had a strong reputation in the eyes of passengers, who generally choose a flight based on price, not the type of aircraft flying a route. However, given the global scale of the publicity surrounding the company, passengers, rightly or wrongly, may be slow to step on board MAX aircraft. When all is said and done, they’re the only ones who matter.