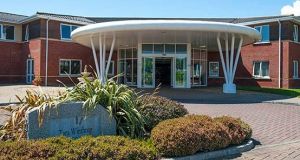 A Department of Health report this week found that the incidence rate of Covid-19 among residents of long-term care facilities was about 45 times greater than in the general population.

The defence presented by public health officials as to why they were not able to prevent Covid-19 claiming the lives of so many older people in nursing homes and residential care facilities can be summed up simply: as much as possible was done to avoid that outcome. It has been argued too that the pandemic experience in Ireland is no different from many other countries.

Certainly, the highly infectious nature of this new virus – and the silent manner by which it spread – made it difficult to prevent and control infection in congregated settings. Irish nursing homes are not unique in this particular battle.

But to draw comfort from shared international experience is to shirk a degree of responsibility to examine and, ultimately, concede that more could have been done here specifically to avoid clusters of Covid-19 infection being seeded in almost half of the country’s nursing homes. More importantly, accepting that mistakes were made and lessons must be learned quickly is critical if the most vulnerable people to this virus are to be better protected from a second wave.

For a start, it should be acknowledged that this crisis was not unavoidable. Ireland had a head start on two fronts: learning from the experience of Italy in the second half of February that older people were especially vulnerable to the disease and from reports out of Seattle in the first week of March that this virus could spread rapidly through a care home.

The international experience was not universal either. Greece and Hong Kong both took sweeping pre-emptive actions when their case numbers were low and protected their older populations.

During the crisis, the exclusion of private nursing homes from the State’s health crisis teams meant an important voice was missing

Here, much more should have been done, and earlier, to lock down nursing homes and other care facilities. Once inside, the virus wreaked havoc. A Department of Health report has found that the incidence rate among residents of long-term care facilities was about 45 times greater than the general population. Nursing home residents account for one in every five of almost 25,000 confirmed cases of the disease in the State but more than one in every two of the 1,600 deaths.

Taoiseach Leo Varadkar admitted this week that nursing homes “need greater integration with the health service” and “clear clinical governance so there is no confusion about who’s in charge of medical issues when they arise”. That confusion needs to be cleared up, and quickly.

1 Taoiseach urges British people not to holiday in Ireland at present
2 Dublin has crowd-free weekend as pubs long for July 20th restart
3 Anne Enright: ‘Nuala O’Faolain was an impossible person, to whom we owe so much’
4 Keith Duggan: Bubba Wallace tweet shows just how troubled Donald Trump’s mind is
5 50 best Irish albums of all time – in order
Real news has value SUBSCRIBE