The Irish Times view on asylum reform: A welcome step in the right direction 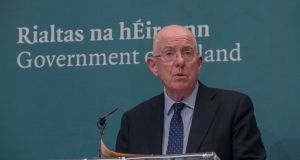 When the Supreme Court issued its landmark decision on asylum seekers’ right to work in May 2017, it was clear that the Government would be forced to abandon its 20-year-old ban on refugee applicants taking up employment. But the decision announced yesterday by the Department of Justice goes further than it was strictly required to go. The result is the most significant, if overdue, change to the asylum system since direct provision was introduced almost two decades ago.

The social and psychological effects of the State’s asylum regime have been apparent for many years. Applicants are left waiting an indefensibly long time for decisions on their applications. While they wait they live in the limbo that is direct provision, under which they are provided with basic accommodation and meals but banned from taking paid work and forced to live on a meagre allowance at a remove from the rest of society. Countless studies have set out the damaging effects of that system on individuals and on their prospects of integrating into society.

In an important decision in May 2017, the Supreme Court ruled that that absolute ban on asylum seekers working was unconstitutional. In response, the Government said it would opt into the EU’s reception conditions directive, which commits states to allowing asylum seekers work and also includes provisions on health, housing, education and children’s rights. But the directive gives states significant leeway in how they apply these principles, and it was assumed the Department of Justice, which has long resisted such reforms, would take a limited approach. Based on yesterday’s announcement, however, asylum seekers who have been waiting more than nine months for an initial decision on their application will soon have broad access to the labour market. They will be allowed to work in almost all sectors, the permit will be free of charge and, unlike in the standard employment permits system, there will be no salary threshold.

These changes will bring Ireland into line with asylum standards across the EU. They will offer many asylum seekers a route out of direct provision and improve the integration prospects of those who eventually receive permission to remain in the State. But significant problems remain, not least the inordinate waiting times that applicants still face. At present, as the UN refugee agency points out, it takes an average of 19 months just to be interviewed, and as of last month 723 asylum seeekers have been waiting three years or more on their applications or their appeals. That’s unacceptable, particularly as there has not been a significant annual increase in applications. Opening the labour market to asylum seekers is an important and welcome step. But a great deal of work remains to be done to put right the wrongs of the past two decades.