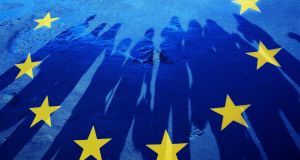 The budget is not just about money, but the shape of the EU in years to come

When EU leaders roll up in Brussels on Friday for their first face-to-face gathering in months their agenda will be wearily familiar – the EU 2021-27 budget (MFF). We’ve been here before several times on this MFF, tied up in the inevitable gridlock of a monumental argument about money that requires unanimity from net contributors and recipients alike. It is now compounded by the need to find some €750 billion more for the coronavirus recovery fund, and to agree on how it should be distributed. Leaders may have to spend the full weekend in this very European lockdown.

Following a series of meetings with each of the leaders, European Council President Charles Michel on Friday delivered his latest “negotiating box”, his best guess on a compromise package. Built around longstanding budget proposals from the commission, incorporating Franco-German ideas on the recovery fund, and a rake of sweeteners for disgruntled member states, his budget totals a much expanded €1.074 trillion.

Among the changes in his latest box is an important concession to countries like Ireland and Belgium which will be most affected by Brexit, a €5 billion special fund likely to be dipped into if the UK-EU talks produce no agreement.

Michel has abandoned attempts in previous drafts to abolish controversial budget rebates for Denmark, Germany, the Netherlands, Austria and Sweden, a legacy of Mrs Thatcher’s British rebate. And he has made significant concessions to the frugal four – the Netherlands, Austria, Denmark and Sweden – who have been pushing hardest against any increases in spending, by proposing significantly enhanced conditionality on how money will be paid out from the recovery fund. Member states will set out national reform programmes which will require to be approved by their fellow member states.

But Michel has largely accepted the argument that cash should be paid out in the form of grants rather than loans to ensure that those most afflicted are not crippled by further unsustainable debt.

And he has avoided strong political conditionality on rule of law issues except where it comes to proper management of the budget.

With net contributors to the budget, led by Germany with the zeal of a convert, reluctantly forced to acknowledge the need to up their contributions, much of the discussion is likely now to focus on getting value for money and proper accountability. Dutch PM Mark Rutte, the de facto leader of the frugal four, is reported to have presented European leaders with a quid pro quo: the price for greater financial solidarity is greater involvement in your national affairs by the rest of the EU. That is not going down well in states like Greece, Italy and Spain.

The budget is not just about money, but the shape of the EU in years to come.