Politics: a week of turmoil will focus minds

Without major gains by Fianna Fáil or Fine Gael, party leaders are unlikely to risk an election for the foreseeable future 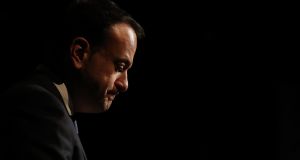 The upheaval of the past week brought some positive developments. It has concentrated minds on the need for a united political front in resisting a hard Border during Brexit negotiations and provided Ireland’s chief negotiator, Simon Coveney, with additional clout. Having considered the implications of an unwanted general election, cooler heads within Fianna Fáil and Fine Gael are unlikely to repeat that precipice-gazing exercise unless significant changes in party support occur or an unforeseen crisis develops. They are, however, keenly aware that the balance of opportunity has shifted between the parties.

Events surrounding the resignation of former tánaiste Frances Fitzgerald damaged Leo Varadkar’s image as a shrewd, competent leader destined to reinvigorate Fine Gael. Simultaneously, it rewarded Micheál Martin for his statesmanlike approach and his willingness – in spite of internal party grumbling – to engage in lengthy, problem-solving discussions under the confidence- and-supply agreement. That allowed the leaders to get to know one another better. More importantly, it sent out a message to Sinn Féin and others that the political centre can hold.

Sinn Féin, whose decision to put down a no confidence motion in Fitzgerald forced Fianna Fáil to seek a head on a plate, nonetheless emerges from the episode with little credit. Its purported interest in the welfare of gardaí – in this case the whistleblower Sgt Maurice McCabe – rang hollow when, just two weeks ago, its ardfheis gave a rapturous ovation to its TD Martin Ferris. In 2009, when two IRA men convicted of killing Det Garda Jerry McCabe in a botched robbery in Adare in 1996 were released from Castlerea Prison, it was Ferris who collected them.

Having failed to retain Fitzgerald in Cabinet, the Taoiseach displayed a stubborn, damaging streak. Insisting it had been “wrong” to force her resignation, he told party members she could be reappointed when the Charleton tribunal found in her favour. By doing so, Varadkar ignored Dáil realities and troubled his supporters. Rather than bring about an early end to the confidence-and- supply arrangement, however, recent developments may extend it. Party leaders have agreed on the need for change at the Department of Justice. The Charleton tribunal will examine the treatment of Sgt McCabe. Fianna Fáil will not support a motion of no confidence in Minister for Justice Charlie Flanagan. And both parties will do everything possible to resist the rise of Sinn Féin.

Public opposition to a pre-Christmas contest, partly because opinion polls predicted an inconclusive outcome, helped to reduce the political temperature. In the absence of major gains being made by either Fianna Fáil or Fine Gael, party leaders are unlikely to risk an election for the foreseeable future.

1 How one couple’s weekend away resulted in 30 Covid-19 cases
2 Covid-19: College students on a break and middle-aged people in rural pub linked to large clusters
3 Netflix: 10 of the best new shows and films to watch in October
4 Taoiseach tells TD to ‘cop on’ over criticism of contact tracers asking about pubs
5 The Comey Rule review: You actually begin to root for Trump
Real news has value SUBSCRIBE