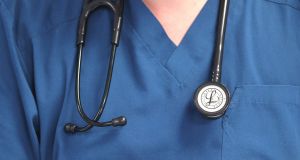 As one manager said: it is not possible to run an efficient hospital if you do not know when senior consultants will be available for work. Photograph: PA

Public patients have to wait for years for treatment in publicly funded hospitals while their privately insured neighbours jump the queue. It has been a long-running scandal, facilitated by the avaricious behaviour of some medical consultants and the unwillingness, or inability, of hospital managements to hold them to account. The beating heart of such injustices lie deep within our discredited two-tier health system and require urgent reform.

Much of what was broadcast by RTÉ’s Prime Time Investigates programme about the grasping, unethical and dishonest behaviour of some medical consultants has been known about for years. But hospital and Health Service Executive (HSE) managers appear incapable of stamping down on what is, in effect, a rip-off of the public purse as a significant number of medical practitioners break the terms of their contracts and fail to provide agreed levels of service. This creates longer waiting lists as consultants devote an excessive amount of time to their private patients.

Many governments have struggled to rein in the power of these key medical individuals within public hospitals. Public service contracts were introduced by Mary Harney in 2007 that set the amount of time that could be devoted to private patients at 20 per cent. That was in line with earlier rules that limited the use of public beds for private patients. Such controls were regularly flouted, however, as were the rules involving public working hours. Efforts to reduce inequality of treatment through the introduction of a universal healthcare system ran into the sand in 2013. Since then, an all-party committee has recommended a complete disentangling of the public and private systems and the establishment of a clinical governance system to supervise consultants and hold them to account. Minister for Health Simon Harris accepted that Sláintecare document in principle, even as his Department put pressure on public hospitals to increase their income from private patients.

As one manager commented during the television programme: it is not possible to run an efficient hospital if you do not know when senior consultants will be available for work. That reflects a catastrophic failure of oversight and on-going tensions involving medical personnel, hospital managers and the HSE. Consultants’ representatives have been extremely successful in resisting change while improving benefits for their members. Those with full-time public contracts can also earn multiples of their salary in private work.

Ireland has the fifth highest per capita spend on health services within the EU. But it is ranked amongst the poorest performers for the quality of healthcare and the number of available hospital beds. Reform and restructuring is urgently required if identified abuses and the needs of public patients are to be addressed.