Irish Times view on the destruction of an ecological treasure 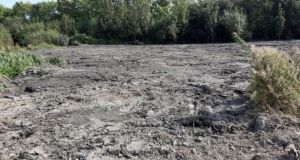 The destruction of a recently discovered ecological treasure in the heart of an urban area by South Dublin County Council is distressing news. But the widespread outrage in response to it indicates something positive: public opinion is increasingly aware of the value of nature.

Late last year, Collie Ennis, a TCD researcher, found a previously undocumented wetland, rich in animal and plant species, in a park in Tallaght, one of the most densely urbanised areas of southwest Co Dublin. He reported his discovery, and found council staff supportive about protecting the wetland. Yet when he returned to monitor it last week, he found that its wildlife had been almost totally erased by the dumping of silt from a nearby lake, by council employees. The council first responded evasively to the public outcry, insisting that it was following best practice and making only vague environmental commitments. But it now acknowledges that a mistake was made.

This incident is a classic illustration of our continuing failure, despite formal recognition of the biodiversity and climate crisis, to put coherent environmental policies into practice. We have some very good ones, on paper. No doubt the support of some council officials for protecting this unlikely wetland was sincere. But there is something close to a total disconnect between different departments, in both local authorities and nationally, on environmental matters.

We urgently need full recognition, across the board, that the economy is a sub-set of the environment, and unless we get our environmental fundamentals right, our economy and society faces collapse. Our few remaining wetlands must no longer be considered waste ground for unrestrained dumping and development. They capture carbon, they mitigate floods, they provide habitat for many beneficial species, and recreational resources with physical and mental health benefits.

This sorry debacle should be a learning moment. Protecting and restoring our natural environment is not an optional extra but must be at the heart of all our policies.

1 Leaders’ debate: For one dramatic moment, the Taoiseach is like a rabbit in headlights
2 Chance of snow as Ireland set for cold snap from Sunday
3 Election 2020: Parties warned of ‘insane’ election promises as Varadkar offers Martin coalition
4 A vegetarian and a non-drinker visit Ireland: here’s their verdict
5 ‘I get paid to learn. I couldn’t recommend it enough’
Real news has value SUBSCRIBE