David McWilliams: Why Italy had to say goodbye to the dolce vita

Italian industry has gone backwards since the country joined the euro 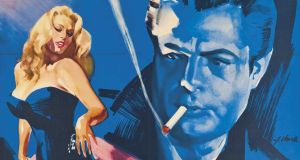 The last time I was in Rome I hired a Vespa. What a way to see the city. Zooming around magisterial, imperial Rome gives you a false impression of the stalled Italian economy. The view from the Tiber is one of a booming, bustling, important capital of a large, dynamic country. The reality is very different, and this came home to me on a recent off-season trip from Rimini to Rome. Italy is in big trouble.

Rimini off season has that down-at-heel, seaside town, Ballybunion-with-better-architecture feel to it. I stayed in the Grand Hotel in Rimini. This place has real significance for Italian culture buffs because this was base camp for Federico Fellini.

Not only did Fellini use the Grand Hotel in Rimini as his set, but he died there too, in the suite upstairs that all his life he used as his office.

Fellini loved the absurd, the ridiculous. His movies, with their outrageous cast of Italian eccentrics, captured the booming, confident Italy of the 1950s, 1960s, 1970s and 1980s. Fellini was postwar Italy’s scriptwriter. But Fellini’s Italy is gone.

Italians are naturally nostalgic for that booming postwar period of nearly 50 years’ growth when Italy was rich, when mass immigration and unemployment weren’t issues and when Italian produce was sold all around the world.

Sometimes it is not appreciated quite how industrial Italy is. It has long been Europe’s second-biggest manufacturing power, beaten only by Germany. Italy is far more industrial than France or the UK. In some areas of design and high-quality manufacturing, Italy is still without peer.

However, since it gave up the lira and adopted the euro – in effect Germany’s currency – things have gone pear-shaped. This economic calamity is driving Italian politics, leading many to question the euro and Italy’s membership of it.

From 1945 to 1995 there was an understanding that Italy would devalue the lira. This is what Italy did. Traditionally, it devalued the lira every few years. This kept Italian industry competitive.

In the 1992 currency crisis the lira fell to a low of 1,250 against the Deutschmark before recovering a bit.

The gradual fall in the value of the lira was a price that the Italians were prepared to pay for industrial success. Contrary to the dogma spouted by Europe’s central bankers, Italian devaluations worked particularly well.

From 1979 to 1998, Italian industrial production outpaced that of Germany by more than 10 per cent. Italian equities outperformed German equivalents by 16 per cent – after having taken into account the devaluations.

So not only was Italian industry growing faster than German industry, aided by lira devaluations, but also the return on capital in Italy was higher than in Germany.

This is because if the stock market of a country is outperforming another country’s, it implies that the capital that is deployed in the faster-growing country is being deployed more efficiently. Therefore, not only was Italy growing more quickly than Germany, but it was more efficient too.

Then came the euro.

During the half-century when Fellini was writing the story of postwar Italian success, the Italian stock market almost always returned more than the German stock market. Once Italy joined the euro that stopped almost overnight.

Deep in the economy, the strictures imposed by the euro have destroyed much of Italian industry. For example, having outgrown Germany’s industrial output in the 1980s and 1990s by 10 per cent, Italian factory output since Italy joined the euro has lagged Germany’s by 40 per cent.

This is an extraordinary reversal of the previous 50 years.

While German industrial might has solidified in the euro, Italy has become enfeebled. For example, almost one Italian manufacturing firm in five shut down between 2009 and 2012.

In short, Italian competitiveness has been decimated by the euro. Without devaluations, Italian industry has floundered. Either a country’s currency adjusts if it is not as competitive as its neighbour, or it goes out of business. Italy is gradually going out of business.

The 9.55am train from Rimini to Rome pulls in bang on time.

As we head inland, even the smallest of villages have municipal football pitches. This reflects not only the centrality of soccer in Italian culture but also the postwar social contract, when years of strong growth threw off enough money to finance good public services, railways, health, education and, of course, municipal amenities for the citizens.

If there wasn’t enough tax money in any year, Italy could always borrow to fund its lifestyle. Today Italy has the largest national debt in Europe.

But Italy’s free-spending days are over.

Since 2008, as the rest of the OECD recovered following the crash, the Italian economy has shrunk by 11 per cent – personal income by more. Italian household spending is 12 per cent below where it was in 2008.

Unemployment for the under-30s is running at a staggering 35 per cent. Seven out of 10 Italians under the age of 36 live with their parents, and 100,000 educated Italians left the country in search of work last year.

But for Italy the really big issue is whether the Italian state can remain solvent. By joining the euro and abandoning the tool of regular devaluations Italy has imperilled itself. It is profoundly uncompetitive. When a country becomes uncompetitive it eventually becomes insolvent, because it has no way of paying its debts.

Italy will become insolvent at some stage. This is a big deal for Europe and the euro. Italy is not Greece. It is far more important. This is Italy’s euro paradox. It has joined a currency that was supposed to make it rich but is actually making it poor. How to escape?

1 Coronavirus: A further 123 cases reported in meat processing plants over past week
2 Mother of three (41) who had to fundraise for her own cancer treatment has died
3 Madeleine McCann case: Police identify German prisoner as suspect
4 In six months we will be in the grip of a 1980s-style recession
5 Luke ‘Ming’ Flanagan bares his bottom half to European Parliament
Real news has value SUBSCRIBE