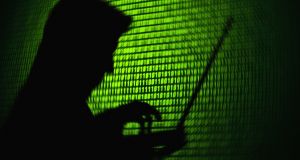 Darknet offenders were quick to spot weaknesses in controls on the web during lockdown and to exploit them. Photograph: Bill Hinton/Moment/Getty Images

Interpol reported recently that the Covid-19 pandemic and extended periods of lockdown created a perfect storm of child exploitation and abuse online. Minors, cut off from their normal face-to-face interactions, were spending increasing amounts of time on their screens.

Parents were often distracted or trying to juggle work with home schooling. Meanwhile, paedophiles and those who exploit children sexually with the aim of extorting money or selling their images also had increased time online.

Law enforcement agencies were also significantly hampered during lockdown.  Sixty per cent of member countries who regularly use the Interpol International Child Sexual Exploitation database have either not accessed it or have seen a significant reduction in their activities during the Covid-19 pandemic.

‘Zoom bombing’ is the practice of joining innocent online meetings of children, including classes, sometimes to post sexually explicit images. Despite being widely reported in the media, it is far rarer than secretive grooming by adults.

Earlier this year, Europol reported an increase in so-called sextortion, where minors are fooled into believing that they are exchanging sexually explicit images with a peer. The abuser then demands either money or far more explicit material, threatening to release the original images to parents or friends if they do not comply.

The Irish website webwise.ie hosts a video called Say No, made by Europol. It features Anna and George, fictional composites of real teenagers who were targeted in this way. It makes for frightening viewing.

Most young people entrapped in this way are so terrified, humiliated and embarrassed that they do not realise that they are victims of a crime. Many schools are now teaching about this kind of exploitation and giving clear instructions to end the communication without giving anything further, to tell a trusted adult, and to save the messages and screenshots in order to help the Garda Síochána find and prosecute the criminals involved.

God be with the days when ‘having the chat’ as parents just involved talking about sexual reproduction. Now, parents have to prepare children at younger and younger ages about what to do when the inevitable disturbing images or worse appear. Asking if a friend ever came across anything that disturbed them is often a non-threatening opening gambit.

Young children need to be supervised, obviously, but the older children get and the more devices in a home proliferate, the more vital open communication becomes. Children will come to parents to report only if they think parents are going to react calmly and help them.

Cybersafe Ireland reported this week that in the last academic year, 61 per cent of children said that a stranger had tried to contact them in a game, with 40 per cent saying that this had happened “a few times” and 21 per cent saying it had happened “lots of times”. It is just a normal part of their world. Most contacts are not exploitative but it opens doors to those who are less benign.

We have created a culture where young girls, in particular, think there is something normal about a request from a peer to take off their clothes in front of a webcam and young men think pictures of their genitals are a courting ritual. This pornification of our culture leaves young people desperately vulnerable.

Obviously, parents and guardians have to take responsibility for ensuring that privacy controls are on and communication channels are open but deeper questions need to be asked. What needs are being met by hours and hours online? It is not just children. We need to look at our own online habits, too.

Young people are often looking for connection, to feel valued and competent. If they are lacking this in their offline lives they will look for it more and more online.

During the lockdown, many of us who are parents were glad of the peace afforded by having our children temporarily wrapped up in a screen. Sometimes that will have been life-saving contact with peers or extended family. Sometimes it may have been gaming experiences which can be genuinely community building but may also become quasi-addictive. Sometimes things may get significantly darker.

As the world lurches into recession, the big four tech giants – Alphabet (parent company of Google), Facebook, Apple and Amazon – reported a combined $28 billion in quarterly profits in July. It is past time that far more of the money they extract from us and from our children is used in actively engaging in national, community and family conversations and practical initiatives to help keep our children safe in their new normal.

1 More than 30 people queue overnight to secure property in Carlow
2 Coronavirus: 430 new cases confirmed in State
3 Susie Dent: ‘Jimmy Carr is incredibly rude to me. I took it as a compliment’
4 Traffic volumes show Donegal locking down to greater extent than Dublin
5 My friends keep mocking my new boyfriend’s small penis
Real news has value SUBSCRIBE