For years US companies have played the tax game, but the rule are now changing 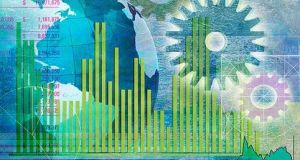 Like many other big companies, Apple had pushed the tax game too far. What might have appeared to be a clever idea to a tax accountant looked like a flagrant playing of the system when it emerged into the light. Photograph: Getty Images

For years a kind of entente cordiale has existed between the major US multinationals and governments both in the US and internationally. The deal was that the big companies paid tax on their business in America, but were able to avoid paying much tax on profits they earned internationally. Like the fight club, the rules meant no one involved talked about this, and countries like Ireland were able to come up with tax regimes and rules which helped us attract investment from these companies.

In Ireland’s case most of the public focus was on the 12.5 per cent corporate tax rate – which was, and remains, important. But the real juice was in structures which helped US multinationals to channel money from overseas markets through Irish subsidiaries and then to offshore tax havens where the cash could be stacked tax free.

We are now witnessing a change. US companies can no longer store money earned in international markets overseas and avoid paying tax on it. This cash pile built up by US companies over the years – put at over $3,000 billion – will in future be taxed. Apple’s decision to pay $38 billion (€31bn) in tax to the US treasury is, to use the phrase beloved of football commentators these days, “a big, big moment”.

After years of not much happening in international tax, this is the clearest signal yet of a major change. For a country like Ireland, reliant on foreign direct investment and on corporate tax receipts, this is important. It raises questions about the future pace of US foreign direct investment, and sets up an international fight on where these companies will pay tax.

The old unspoken “deal”which allowed companies like Apple to pay so little tax for so long on international profits has started to fracture for a simple reason. Details of just how far the big companies went to avoid paying tax started to emerge just as the economic crash left national exchequers strapped for cash. The companies argue that it was all legal and the tax liability was merely being deferred, but as US firms built up over $3 trillion offshore it seemed the day of reckoning would never come.

Spice was added to this by increasing evidence of huge wealth and profits going to those at the top of these big companies, along with their bankers, advisers and big shareholders.

The fuse was lit when Apple executives led by chief executive Tim Cook were summoned before a US senate committee in 2013 to be questioned on the structures used in relation to profits earned overseas. At the heart of this was a company which didn’t pay its taxes anywhere.

Apple, the grand masters of tax planning, had invented a new trick – you might call it tax residency in the cloud. The fact that the company involved was incorporated in Ireland put us right bang in the middle of the story, of course.

And then came the 2016 European Commission decision that Ireland had given Apple illegal State aid in the way it dealt with the company’s tax affairs here. Apple owed Ireland €13 billion plus interest and penalties as a result, the commission concluded.

Like many other big companies, Apple had pushed the tax game too far. What might have appeared to be a clever idea to a tax accountant looked like a flagrant playing of the system when it emerged into the light. That said, whether the commission’s case that Ireland offered the company illegal State aid will hold up in front of the European courts is very much open to question.

Apple argues that the value in its products like the iPhone was created in the US where they were designed and developed and this was always where tax was due. It is framing the argument as not being about how much Apple owes, but about where it owes it. It remains to be seen if the European courts are receptive to this line of argument or judge the case on a narrower legal basis relating to EU competition law.

For years the entente cordiale suited everyone. The US got tax revenue for business done in America and its big companies were happy. The multinationals built up big stashes of offshore cash on which little tax had been paid. The countries in which they invested overseas got jobs, the economic boost from investment, some corporate tax revenue and significant others tax revenues from income tax and so on.

Now it is all getting a big more fractious. President Trump is trying to keep more investment as tax dollars “at home”. The new tax bill is the weapon to achieve this. Meanwhile, other countries are also trying to grab a share of the multinational taxes.

The rules of the FDI game are changing – in the last year or two some of the breaks have gone Ireland’s way as companies reorganised, but there are clearly threats and uncertainties too. US companies may be a bit slower to move overseas in future, and tax changes in the US and EU post challenges.

At the heart of the old system was a US tax rule which allowed companies to avoid paying tax on money earned overseas and held offshore provided it was not returned to the US. Now the new 15.5 per cent US tax on money held offshore by these big companies will be levied whether the money is returned to the US or not. The game of building up large cash hoards overseas is coming to an end.

However, the big multinationals are getting a good deal here. Had Apple’s $250 billion cash pile been exposed to tax at the old US corporate tax rate the bill would likely have been in the $75-$80 billion range.

Now Apple gets to satisfy its liability by paying 15.5 per cent tax. Its shareholders will rake massive gains. The old entente cordiale may be dead, but it has been replaced by a system where the US it offering the big ompanies a discount on the way out.

The price of freedom is 15.5 per cent for Uncle Sam.