Gsoc: a watchdog on a tight leash

Successive governments allowed culture of secrecy, denial and rejection of outside interference within An Garda Síochána 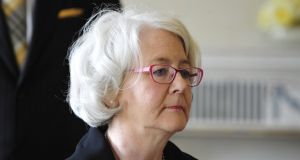 Resistance within the Department of Justice and the Garda Síochána to transparency and comprehensive policing reforms are responsible for the inability of the Garda Síochána Ombudsman Commission (Gsoc) to speedily investigate wrongdoing within the force. With 20 internal protected disclosures alleging malpractice to be examined, Gsoc has three part-time investigators and a promise of five additional staff. This has caused Gsoc chair Ms Justice Mary Ellen Ring to seek additional funding and independence from the Department of Justice.

Reforms adopted by the Police Service of Northern Ireland offered a template for policing in the Republic. Rather than implement the changes Dublin had supported in the North, however, successive governments allowed a culture of secrecy, denial and the rejection of outside interference to continue.

When the Morris tribunal reported on a Garda culture where members felt primary allegiance to colleagues, rather than the rule of law, and where co-operation was withheld from internal disciplinary inquiries, limited reforms were introduced. A Garda Inspectorate and Gsoc were established in spite of stiff resistance and limited cooperation at all levels. But it took recent scandals involving Garda whistleblowers, penalty points and bogus breath tests to expose an unhealthy, symbiotic relationship between the Department of Justice and the Garda Síochána.

Minister for Justice Charlie Flanagan says he has an open mind on whether Gsoc should become independent of his Department, while Fianna Fáil spokesman Jim O’Callaghan takes a similar, cautious approach. It is now three years since Gsoc complained that its independence in dealing with protected disclosures was being stifled by new legislation. Nothing has changed. Its request for resources to deal with whistleblowers was long-fingered. In those circumstances, legislation as well as funding is needed to give the Commission teeth and to reassure the public the rule of law is being impartially applied.

As far back as 1999, an overworked Garda Complaints Board reported that citizens were being intimidated into dropping complaints against members of the force. Gsoc was established to put an end to all of that. Recent events have shown, however, that intimidation has not been confined to ordinary citizens and that it can operate at all levels within the force.

An admission by Ms Justice Ring that the organisation had, because of a lack of resources, failed gardaí who made complaints shows that the battle continues. Reporting directly to Oireachtas committees would provide the organisation with important public platforms. That may not make much difference, however, unless its request for amending legislation is granted.

1 Midlands lockdown: ‘Why shut down Offaly and leave Dublin open?’
2 Sand-hued cyclepaths changing the face of south Dublin coast
3 Inside the dog-trafficking trade: ‘After drugs, it’s guns, then pups’
4 Meet the Bearman of Buncrana: ‘I knew about Joe Exotic for years’
5 Restrictions on Kildare, Laois and Offaly could be extended to other counties, NPHET warns
Real news has value SUBSCRIBE