Chris Fitzpatrick: It is wrong to commemorate Kevin Barry

Centenary anniversary of his execution will, once again, make a hero of a first year medical student who felt justified in taking human life 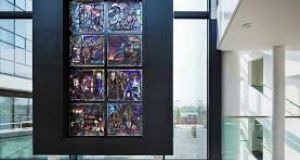 When I was in primary school, back in the 1960s, Kevin Barry was one of my heroes. Along with Roddy McCorley, the Manchester Martyrs and Roger Casement, I looked up to him because he fought the British, was hanged for Ireland, and had a great song written about him.

Although dead for over forty years, Barry was a real presence in the part of Dublin I grew up in. Older people still recalled the IRA ambush that led to Barry’s capture on Church Street on September 20, 1920 - a stone’s throw from the Capuchin church where I was an altar boy. Three British soldiers were killed in that ambush. Their deaths didn’t upset me then. Only Kevin Barry’s did.

Like Barry, I was a devout catholic, played hurling, and was a republican. If there’d been a war against the British in Dublin when I was at school, I’d have joined up, and if I was shot or hanged, that would’ve been okay, because martyrs went straight to heaven - like Kevin Barry did. That’s what the Christian Brothers taught us in school, long before jihad was a word any of us had ever heard of.

Like Kevin Barry, I went to medical school in UCD. I’ve also had the privilege of teaching UCD medical students for over thirty years. When I started in pre-med, Kevin Barry was no longer a hero for me. Throughout the 70s, I’d seen what guns and religion were doing up north.

On UCD’s Belfield campus, there’s a stained-glass Kevin Barry memorial window. Originally unveiled by President de Valera in 1934 in UCD’s Earlsfort Terrace, it was later moved to Belfield. The window depicts, in a series of tableaux, the long violent struggle for Irish independence, and features many of those who died for the cause. Beneath the image of Kevin Barry, there’s a UCD crest. Concerning its re-unveiling in Belfield in 2011, UCD’s President at the time Dr Hugh Brady said “Perhaps because I was a medical student in the Terrace I feel strongly that the window was - and is - an integral part of the heritage of the university”.

On the UCD Library website, it says Kevin Barry was a “UCD student and an Irish Republican Hero”. The UCD Archives website proudly say they have “digitised two wonderful and evocative collections, honouring one of Irish history’s young heroes” - Kevin Barry. On the UCD Decade of Centenaries website the centenary anniversary of the execution of UCD medical student Kevin Barry on November 1st, 2020 is noted. There are references to “making sacrifices for the public good” and “standing up for what is right”.

To delve deeper than these superficial affirmations of Barry’s heroism, you have to listen to Professor Diarmaid Ferriter’s 15-minute podcast on “Kevin Barry & his legacy” on UCD’s Library website. Ferriter gives us context, nuance and consequences. 1920 was a year of “mayhem, destruction and killing” as the war between the IRA and the British forces intensified. Ferriter tells us that after Barry’s death “fury and shock” swept UCD students. Even UCD’s governing body was perturbed, and passed a resolution paying tribute to the courage Barry showed facing an untimely death.

Barry, of course, was not the only radicalised student in UCD during the War of Independence. Second year medical student Ristéard Mulcahy was the IRA’s Chief of Staff and ran a military office in UCD’s Earlsfort Terrace. MSc graduate Seamus O’Donovan became the IRA’s Director of Chemicals. In March 1921, engineering student Frank Flood was executed for IRA activities. I first went to UCD in 1974. This is my university. It’s also part of the National University of Ireland.

Over the years, Kevin Barry’s age has played a major part in his legacy, and in the propaganda surrounding his execution. In the ever-popular ballad, Barry is “Just a lad of eighteen summers”. Importantly, Ferriter tells us how Barry’s “fearless faith” led to the deaths of “four mere boys” - Barry and the three British soldiers who were aged between 15 and 20 years. I am not a historian; I am a medical doctor. The significance of a medical student’s involvement in the deaths of Harold Washington, Marshall Whitehead and Thomas Humphries troubles me greatly, as well as the deaths themselves - a chilling fact that is commonly overlooked.

In the annals of medical history, it’s rare to come across a medical student who sets out to kill another person. Even in war, you expect medics to look after the wounded, not shoot people dead. That’s how I felt in pre-med. I still feel the same. If I’d been one of Kevin Barry’s teachers in UCD back then, I hope I’d have noticed what he was up to - and tried to stop him. You can’t turn back the clock, but you can learn from history.

As we continue to fight Covid-19, healthcare workers in this country and around the world are risking their lives to save the lives of their patients. Healthcare students, dressed in PPE, also put themselves at risk - learning how to care. As we speak, students who sat the Leaving Cert who may have been unfairly denied the chance to study medicine or other healthcare subjects are still trying hard to follow their dreams.

As a medical doctor and educator, I am concerned that the centenary anniversary of Kevin Barry’s execution will, once again, make a hero of a first year medical student who felt justified in taking human life - and by doing so lost his own life and the chance to ever care for others as a doctor. This year, our heroes are working in ICUs and nursing homes and ambulances and Covid testing centres. They are also our students.

These are the personal views I will express to medical students this November.

Chris Fitzpatrick is a consultant obstetrician and gynaecologist in the Coombe Hospital and a clinical professor in UCD’s School of Medicine.