Rite&Reason: Everyone should go on retreat three days a year

‘Retreats’ are misnamed. No withdrawal, they are assault courses for your soul 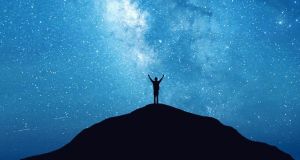 Retreats: On one level, you withdraw for a while from worldly cares; on another your mind, heart and soul reach out to engage with the divine.

When I was a student at Cambridge I went on a retreat with some friends. It was a silent affair, and we were still very young, so we spent most of the time tittering from the tension induced by the silence. Although it was in some ways a moving experience, my overriding memory of the retreat was all that tittering.

So, I was surprised when I was recently moved to book myself on a three-day retreat at Glenstal Abbey in Co Limerick. Glenstal is a Catholic Benedictine monastery, and I am an Anglican living in London (although I am originally from Belfast), so I was initially a little bemused that I had been guided there.

Thinking about it though, it’s not so strange. First, I have always been fascinated by the Celtic Church. It seems to me it has generally instinctively known what really mattered. At the Synod of Whitby in 663-664, the Celtic Church surrendered its position on, among other things, the timing of Easter and the monastic tonsure to preserve the integrity of the church as a whole.

True, there were arguably political forces at work, since in return for that the Celtic Church was allowed to maintain a degree of independence for a time, but the point remains good – the Celtic Church sacrificed some of its most treasured practices to maintain the coherence and unifying strength of the church as a whole. And of course, as is well-known, the Irish monasteries were the selfless repository of classical and Christian learning in the dark days after the fall of Rome.

Beyond this academic attraction, the monks at Glenstal are renowned for their plainchant (you can listen on Spotify) and I felt that would infuse a healthy mystique into the services.

Apart from anything else, I greatly appreciate music and, in this particular context, the institution of music in church as an aide to worship (one of the reasons why as a young man I made the jump from Presbyterianism to the Anglican Church), and I felt that plainchant would wonderfully enhance my retreat.

Equally, I am drawn towards the Benedictine ethic of “Work and Pray”. That seems to be a healthy balance and doesn’t leave everything up to God: we must also bear our own responsibility.

Just for the record, I do not regard myself a Holy Joe or some sort of reconstructed (or even unreconstructed) evangelical. I am lucky enough to have been born with a quiet, yet profound and determined, faith.

In this regard I have generally had a very “easy” relationship with God, which sounds wonderful, but perhaps when it has been too “easy” it has caused its own problems such as complacency. Nevertheless, for reasons I choose not to delve into here, I recently recognised I had a lot to be thankful for in my life, and felt I needed to give thanks in a more prolonged and formal way than merely quickly “beaming one up” to the Big Guy Upstairs.

The retreat itself was everything I could have hoped for. I will not go into it in depth: it’s between me, God and the monks. Suffice to say I was made to feel a most welcome part of the community.

I will say that the schedule of services was quite rigorous, although you could pick and choose which to go to: a palate of Lauds (6.35am), matins, Mass, vespers and compline. That lot kept me going, I can tell you – and all with that beautiful plainchant ringing in my ears!

At its best a retreat is not a withdrawal. It is an engagement. While you do, of course, on one level withdraw for a while from worldly cares, on another your mind, heart and soul reach out to engage with the divine. It is rigorous, demanding, uncompromising and ultimately – for me at least – utterly stimulating. In that light, “retreat” is a complete misnomer.

It should, rather, be described as something along the lines of an “assault course for the soul”. Ultimately, you come out of it feeling as if you have run a marathon (which I have done several times): knackered, but elated, exhilarated, fulfilled and enriched. Of course, I can only speak from my own experience.

When I returned home, one of my friends asked me where I had been. As I explained, his eyes widened incredulously. “Are you taking Holy Orders?” he gasped facetiously. I chuckled. “Nothing could be further from my thoughts,” I remarked. “But if everyone went on retreat for three days a year, the world would be a better place.”

I was quickly taken aback at what I had said.

First, it was true – the world would be a better place if everyone went on retreat for three days a year. And it wouldn’t need to be Christian, it could be a retreat (or the equivalent) of any religion where love and compassion were the driving force (that’s most of them, it seems to me, when all is said and done).

It would arguably amount to a balanced, pragmatic and practical striving for engagement without the necessity of casting oneself as a Holy Joe.

Second, I had said it: it was a firm date – family permitting, I would be back again next year. As St Benedict said, the sleepy like to make excuses. Lucky for me I’m an early riser.

1 Six weeks of Level 5: Non-essential shops to close, no visitors to homes and a 5km travel limit
2 Life under Level 5: What will the next six weeks look like for the State?
3 Much of what we think about Covid-19 is wrong. We need to change the conversation
4 Covid-19: State moves to Level 5 for six weeks with hopes of ‘meaningful’ Christmas celebrations
5 Don’t panic-buy! Don’t panic-buy! How to spend your last hours before lockdown
Real news has value SUBSCRIBE