Ill-effects of change to law on evidence starting to manifest 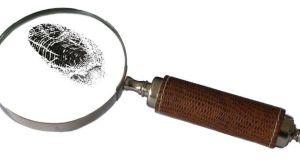 The court overhauled a longstanding rule of evidence so that evidence obtained unconstitutionally can now be admitted where officers of the State claim to have no knowledge of the breach.

On April 15th, 2015, the Supreme Court delivered what Nial Fennelly, a retired judge of the court and former advocate general of the European Court of Justice, has described as “the most astounding judgment ever handed down by an Irish court”.

The decision of DPP v JC made dramatic changes to the Irish law on improperly obtained evidence, revealing deep ideological divisions within the current Supreme Court, and prompting passionate protests from those judges in the minority. By the slimmest of majorities, the court overhauled a longstanding rule of evidence so that evidence obtained unconstitutionally can now be admitted where officers of the State claim to have no knowledge of the breach (the so-called “green garda/good faith” exception).

In practice this means that a garda can inadvertently breach a citizen’s fundamental rights, such as the right to privacy from the government, without there being any repercussions in relation to the evidence gathered.

Some days later this newspaper gave its views on the judgment, with the editorial declaring it the “wrong move on evidence” and Fintan O’Toole dubbing it “a terrible day’s work for accountability” and a bad day for democracy. The reaction is understandable. Until the Supreme Court decision in JC, Irish law mandated the exclusion of unconstitutionally obtained evidence unless there were “extraordinary excusing circumstances”. The introduction of an inadvertence standard effectively places those exercising statutory powers above the rest of us who are not permitted a defence of “I didn’t mean it” or “I didn’t know it was against the law”.

It is also highly subjective. In reality, the only person who knows whether an action was inadvertent or not is the person who has taken that action. Then there is the fact that providing judges with discretion in this area tends to lead inevitably to the evidence being admitted. In the US, the rule has been diluted to such a degree that evidence is now “laundered” between officers so breaches of citizens’ rights “disappear in the wash”. Most commentators now agree that in the US the rule exists in name only. And crucially, there is the wisdom of diluting the effectiveness of the exclusionary rule given recent scandals in policing and evidence of persistent cultural malaise within An Garda Síochána.

The Irish Council for Civil Liberties commissioned a report on the impact of the new rule five years out from the decision. Its findings, elicited from surveys and interviews with established criminal law practitioners, are shocking in terms of the stunning about-turn that the decision has precipitated in the courts’ approach to unconstitutionally obtained evidence. Most such evidence now goes in at trial, with many practitioners saying that the courts operate a presumption in favour of the admission of such evidence. This might not seem like a bad thing to many people but for the stubborn and undeniable fact that miscarriages of justice do occur.

Practitioners said that the greatest impact of the decision is before the case ever gets to trial. Two-thirds of practitioners said they changed their advice to clients after JC because “you know they are not going to win”. As citizens in a democracy, we may well wonder whether the “real chilling effect”, strong sense of inertia and defeatism that JC has reportedly induced, are qualities we may wish for among criminal law practitioners. Rates of guilty pleas, according to the DPP’s most recent report, now stand at 92 per cent in Ireland. Would 99 point something per cent, as in China, be more satisfactory or are there risks inherent in such a system?

Related to this is the fact that many practitioners who completed the survey and interviews were pessimistic about the impact of the reformulated exclusionary rule on investigative standards. There was a view of JC as an “easy out” and one that can “plug an awful lot of gaps”, for both gardaí and prosecutors. While several referenced a drive towards professionalisation of policing in recent years, there was also an acknowledgment that not all elements within the force adhere to high standards. Experienced practitioners referred during interviews to gardaí lying when giving evidence, threatening to arrest close relatives, planting evidence and physically assaulting clients.

These findings are of course mere bookends to the range of inquiries, commissions and reports into garda misconduct, from the Morris to the Charleton Tribunal, repeatedly and convincingly demonstrating the willingness of certain members to bend or ignore the law on occasion. The introduction of what one practitioner described as a “carte blanche” to gardaí to ignore constitutional rights and then to retrospectively argue inadvertence creates the very real danger that such practices may become more prevalent.

Finally, there is also the wider impact of the exclusionary rule given that we rely on it in Ireland to put flesh on the bones of other rights. Currently the test in DPP v JC (or more specifically the part of the test allowing evidence to be admitted where the breach derives from subsequent legal developments) is being invoked to remedy serious deficiencies in the data retention regime relating to audio surveillance. Given the indiscriminate nature of the surveillance regime operating in Ireland, described by retired chief justice John Murray as an illegal system of “mass surveillance”, it is a matter of grave concern that the reformulated exclusionary rule is being used to undermine the right to privacy.

A robust exclusionary rule as a form of accountability is crucial to a functioning democracy. At a time when democracy has had many, many “bad days”, the public should insist that those charged with the protection of their rights do not operate significantly below the standards expected of ordinary people.