Catholic morality has been replaced by a destructive sexuality 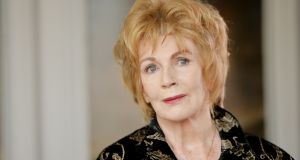 Edna O’Brien, despite church condemnation of her writing, once said: ‘There’s a lot to be said for having had a rigorous Catholic upbringing.’ Photograph: Alan Betson

During the course of his journalistic and literary career, Cork writer Seán O’Faoláin (1900-1991) was fond of lists, often with a view to lampooning the excessive strictures of his era.

He was 20-years-old and a university student before he learned how childbirth happened, later bemoaning that pious elders had sent his generation “naked to the wolf of life”.

There was no shortage of information, however, on what needed to be avoided. As he wrote in 1954, “since my boyhood I have heard my elders fulminating about keeping company, night courting, dancing at the crossroads, V-necks, silk stockings, late dances, drinking at dances, mixed bathing, advertisements for feminine underwear, jitterbugging, girls who take part in immodest sports, English and American books and magazines, short frocks, bikinis, cycling shorts and even waltzing.”

It is easy, of course, to satirise that Ireland of old, but what came to replace it is also hugely problematic. In recent weeks we have had a relentless and justifiable focus on issues of sexual consent, education, and the need for respect between men and women, but not enough focus on why so many of the warning signals have been ignored for so long.

In 2002, the Sexual Abuse and Violence in Ireland (Savi) report highlighted that 30.4 per cent of women reported some form of sexual abuse in childhood, as did 23.6 per cent of men.

Hannah McGee, the lead author of the report, said at the time that her main concern was “whether the figures would be believed”. That worry was justified, as the report’s urgent recommendation that a “comprehensive public awareness campaign on sexual violence” be undertaken did not happen.

In 2006, a survey conducted by the Economic and Social Research Institution and the Royal College of Surgeons identified an increased trend among young people towards paying for sex and found the incidence of sexually transmitted diseases had increased by 243 per cent between 1998 and 2003, while over the previous 40 years the age of first sexual experience had dropped by five years for men and six for women.

Almost 50 per cent of those surveyed said they got no sex education at all.

These are alarming figures and surely they represent the kind of research findings that should have prompted urgency about education in all these areas long before now? What does it say about us that it takes a “celebrity” rape trial to do what serious and sustained research over the last two decades had made obvious was necessary?

Certainly, any attempt to revise an outdated educational syllabus as suggested this week needs to be a part of tackling the problem. The scourge of social media and the cyberbullying, body-shaming and sexual boasting that permeates so much digital communication has to be confronted. Social media has encouraged a coarse, lashing-out in place of thought or reflection.

How many more hastily composed and posted tweets will be deleted and then apologised for, as not really representing the tweeter’s “values”? What are those values and are they ever discussed at all amid the headphones and screen addictions?

The historic fear of being too sexual, has, it seems, been replaced by a contemporary fear of not being sexual enough, with horrible consequences. What is at stake here is the very essence of personal freedom, which is not in any way enhanced by premature, and cyber sexualisation of either boys or girls.

An education about values is a crying need, not in a religious sense, because this should not be about religion, but about basic respect and humanity.

Novelist Edna O’Brien, like O’Faoláin, had many reasons to be resentful at the suffocating Catholic moralism and excessive judgementalism that saw her and her books vilified earlier in her career, but she also made an interesting observation on a changed Ireland when interviewed by Hilary Fannin in 2009.

They discussed teenage girls going to discos with their knickers in their handbags: “That is not freedom,” said O’Brien. She also added, “I never thought I’d be saying this but there’s a lot to be said for having had a rigorous Catholic upbringing.”

That may have been said slightly tongue in cheek, but what it suggested was great disappointment that some of the battles won for greater personal choice seemed to be so compromised by the reality of how many teenagers of both sexes were experiencing their sexual encounters and their communications.

Joy and confidence in sexuality, or a healthy journey towards sexual maturity, was replaced by something else that looks very like self-destruction. But the focus has also been, for too long, on the responsibilities of girls, and rectifying that gender imbalance should be a priority for any new educational initiative.

Brexit risks have not gone away
Religious oaths and affirmations
Essential journeys
Remembering John Hume
Carers and disability services
Restoring order to the Dáil
Lack of democracy in housing planning
Practice of religion in Iran
Sitting in the city
Eid in Croker: Pray and play?