Brexit’s not the only show in Brussels: Where the EU goes next 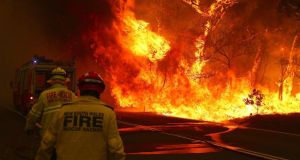 Ireland’s European policy has by necessity been driven by the demands of Brexit, a set of negotiations that forced Ireland out of its comfort zone as it had to ensure that the existential issues raised by the UK’s exit from the European Union were taken seriously by Ireland’s partners. Irish politics and diplomacy proved robust enough to manage Brexit proactively, but there is no time to rest on our laurels, as Brexit is far from finished, and the EU27 is embarking on its own ambitious agenda for the next decade.

The first pressing item is the EU financial framework for the next seven years. Budgetary battles are the stuff of legend in the European Union. Ireland is now part of the net-contributors club – those member states that pay more into the EU budget than they receive from it. There is a compelling need to modernise the EU budget so that resources are used to support pressing requirements such as climate, research and technology, Africa, defence, borders and migration. Ireland needs to address the balance between traditional policies such as agriculture against new demands.

The European Commission’s new president, Ursula von der Leyen, and Europe’s leaders agree on the big challenges, notably the climate crisis, deepening economic and monetary union, fair taxation, digitalisation, and Europe’s role in the world. It is easier to agree on the challenges rather than solutions, especially at a time of major global transformation and great power competition.

Securing sufficient consensus is daunting, but in its absence the next decade will be a time of struggle for the union and its member states

Each of these challenges calls for EU-level policy, a policy toolkit and a capacity to actually implement what is agreed. The role of the commission is to see beyond national electoral cycles to medium-term goals. Each and every one of the agenda items mentioned demands a response from Ireland, and none is easy.

The biggest challenge facing the European Union is to find sufficient collective capacity to address the policy problems outlined above. Collective capacity is built on agreement and the ability to take decisions in a timely way. Securing sufficient consensus across a diverse range of member states is daunting, but in its absence the next decade will be a time of struggle for the union and its member states.

How the EU addresses three sets of interconnected issues will determine the state of the union by 2030. These are the climate crisis, the economy and digitalisation, and Europe’s role in the world. Von der Leyen has launched a bold green deal for Europe, with ambitious targets, but targets alone will not allow Europe to make progress on sustainability. The deal is a megaframework to address all facets of the transformation, involving more than 50 different actions. Achieving the goals of the deal will require agreement and action by national governments but also buy-in from European society. Europe’s political class will be tested because of the scale of the transformation and the need to confront special interests. There is no hiding from the climate crisis.

The economy and digitalisation are no less daunting. The euro survived its first existential crisis but is not yet embedded in an institutional and policy framework that would enable it to weather future economic crises. At a minimum the euro zone must complete banking union, and as the European Central Bank’s former president Mario Draghi argued as he was about to leave office, in November, the euro zone needs a fiscal capacity.

The so-called New Hanseatic League – aka the Hansa group, which is led by the Netherlands, and of which Ireland is a member – has been lukewarm about this, but it cannot be avoided if the euro zone is to be robust in the longer term. Strengthening the social pillar with a fair minimum wage across Europe and an unemployment reassurance scheme would help address the imbalance between the social and the economic in the EU.

Europe is lagging behind the United States and China in technological innovation and adaptation to the digital economy. The EU is determined to use whatever policy instruments it has to ensure that big tech is adequately taxed. Content to let the OECD process continue to the end of 2020, the EU will act alone if that does not achieve a global solution. Given Ireland’s low rate of corporate tax, and the presence of many of the big tech companies in Ireland, this dossier is of major importance. The fundamental expectation of citizens in any democracy requires that all companies pay a fair level of tax to support public goods. Ireland owes it to its citizens and those of other states that it not be a vehicle for tax avoidance.

The world is no longer as Europe would have wanted it, no longer secure in the postwar liberal multilateral order. Europe will have to fight for global influence

The transformation of global politics and Europe’s neighbourhood pushed Europe to awaken from its geopolitical slumber. The world is no longer as Europe would have wanted it, no longer secure in the postwar liberal multilateral order. Europe will have to fight for global influence. It has to try to achieve greater strategic autonomy within Nato – or post-Nato if the US commitment to the security of Europe continues to wane.

Within the European Union, co-operation on security will deepen as the boundaries between internal and external security weaken. War and migratory pressures continue to press on Europe’s borders, an area that will see a further deepening of co-operation.

As Ireland approaches the third decade of the 21 century it would be timely to identify key domestic priorities and how these intersect with those of the wider EU. Brexit confirms that Ireland’s essential geopolitical anchor is the European Union. It is the only framework available to this small state given the structural shifts in the world.

As Ireland also approaches 100 years since the foundation of the State, developments since June 2016 have vindicated Ireland’s choice for Europe in 1972. The contrast between the exercise of Irish sovereignty in the EU and Scotland’s devolved authority within the UK could not be starker.

Brigid Laffan is director of the Robert Schuman centre for advanced studies at the European University Institute, in Florence

1 Taoiseach claims Sinn Féin not ‘a normal political party’
2 Who are Ireland’s 17 billionaires?
3 Yacht captain guilty of drunk sailing had ‘God given right’ to be on Liffey
4 Man shot at in taxi claims bail conditions made him ‘sitting duck’
5 Over 65s are expected to ‘crawl into corner and die’, says election hopeful Valerie Cox
Real news has value SUBSCRIBE