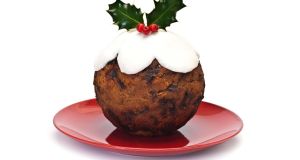 For the first time in living memory, there would be hardly any plum puddings

During Christmas week, 1944, the Department of Posts and Telegraphs hired hundreds of temporary workers to sort the avalanche of mail that poured into the Dublin Letter Office in Sandwith Street.

Seventy-five years ago, exchanging seasonal greetings was one of the few pleasures open to almost everyone, irrespective of their incomes. Cards were available for a penny, and halfpenny stamps were sufficient provided the envelope was left open and the greeting was restricted to five words. More verbose writers were expected to purchase penny stamps. On some days as many as 500,000 items were mailed.

For a significant minority, the post also meant the difference between a hard and a modest Christmas as it brought money from relatives abroad. “Emigrants’ remittances”, as they were officially termed, amounted to more than £13,000,000, or about 5 per cent of national income in 1944, and came mainly from the 50,000 Irish people working in Great Britain.

Many of the necessities or minor comforts of life were missing or in short supply in what was the most spartan Christmas of the Emergency. Coal, turf, tea, bread, butter, margarine and soap were rationed. Eggs were scarce and no oranges had reached Ireland for months. There were no festive boxes of chocolates; mechanical toys which used to come from the Continent were unavailable; and private motoring was a memory for most of the 40,000 drivers who had pre-war cars in their garages or yards.

On the plus side, there were temporary increases in the tea and butter rations, sales of stout were unrestricted and there were good supplies of bacon, beef, turkeys, chickens, geese and rabbits.

Wooden toys and rag dolls were available, although there were complaints about the quality, and there was a selection of children’s books.

The minority who were financially comfortable had access to the black market which was illegal but ubiquitous.

For a price, one could buy a variety of products ranging from bicycle tyres and paraffin oil, to sugar, tea, oatmeal, cocoa, flour, soap, cigarettes and brandy. Some people were prosecuted but the penalties were perfunctory. In November 1944, a Moore Street trader who was charged with selling soap without collecting ration coupons told the judge that as she bought her goods on the black market without supplying coupons she felt entitled to sell them without coupons either. She was fined a pound.

That Christmas of 1944 would be different for everyone in one aspect. For the first time in living memory there would be hardly any plum puddings because of decisions made in London during the summer.

From May 1941, the British government had obliged the ships of neutral countries sailing off the west of Europe to carry navigation certificates or “navicerts”. These were the equivalent of commercial passports and they confirmed that a vessel and its passengers and cargo were travelling with British approval.

In Dublin, they were issued by the United Kingdom Trade Commission in Merrion Square. Early in April 1944, presumably for security reasons in the lead-in to D-Day, the issue of these certificates ceased and Irish ships could no longer bring goods from Lisbon in neutral Portugal. Some remained in the ports while others were used to import coal from England. The British provided a number of ships for the route but these didn’t compensate and the Irish chargé d’affaires in Lisbon, P J O’Byrne, was later quoted as saying that Éire had been reduced to iron rations.

These “rations” didn’t include raisins or sultanas, essential ingredients for the puddings, and most Irish people now faced the prospect of a Christmas without this traditional food.

Despite the hardships, there was a fair amount of resignation, in part because people were used to austerity after more than five years of war

An alternative option for the adventurous was a dish for which the ingredients were eight ounces each of flour and soaked de-stoned prunes, four ounces each of sugar, suet and bread crumbs, an egg, a half teaspoon of baking powder, a pinch of salt and enough milk to make a moderately stiff mix for steaming in a greased basin.

When the Portuguese route was reopened in mid-June 1945, 70, 000 tons of wheat, timber, newsprint, tyres, tea, cocoa, silk stockings, textiles and other goods for Éire were piled on the Lisbon docks.

Despite the hardships, there was a fair amount of resignation, in part because people were used to austerity after more than five years of war, but also, perhaps, because, as more information became available about events on the continent, they could see more clearly what they had been spared. And, despite the press censorship, they were aware that a number of Irish ships had been lost while bringing supplies from abroad. In fact, 16 had been mined or torpedoed during the conflict and six had sunk with all hands. Of the 800 or so men who had manned those vessels, 156 were lost.

In 1952, the Maritime Institute initiated annual memorial services for all the seamen who died between 1939 and 1945 and proposed a national monument. It was finally erected at City Quay in Dublin and unveiled by President Patrick Hillery on May 6th, 1990.