Breda O’Brien: How products keep us in state of chronic anxiety

Treated as mere consumers, we are forced into a cult of predictable values 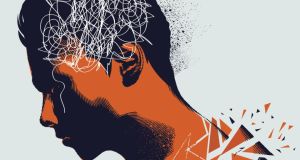 Our anxious nervous systems seem unable tell the difference between a potential sabre-toothed tiger in the long grass and not getting enough “likes” on social media.

Complaining about the anxiety generated by the Leaving and Junior Cert is a predictable and justified annual ritual. There is no doubt the Leaving Cert is a particularly intense rite of passage that leaves students exhausted and drained.

However, focusing on State exams can conceal another reality, which is that anxiety as a pervasive emotion is on the rise and not just among the younger generation.

The derogatory term “snowflake” is used about younger people, a term that is not just unhelpful but also allows us to ignore a deeper question – why do so many young people feel fragile and worried to such an incapacitating degree?

If we do not blame young people themselves, parents are the next targets and are accused of everything from helicopter parenting to neglecting young people through being too career-focused.

In my experience, parents are usually doing their best in often difficult circumstances, just as young people themselves get little credit for frequently facing quite severe mental distress with commendable courage.

An analysis that just looks at individuals and families ignores the impact of wider cultural factors.

These societal trends partly explain why parents also experience extreme anxiety about their role in a way that older generations find bewildering. Parenting used to consist mainly of benign neglect.

For example, a poem by Eavan Boland on this year’s Leaving Cert syllabus celebrates the moment when a much-loved small daughter runs into her mother’s arms at twilight.

Today, the small child would probably not be out playing at twilight, but if she were, she would be much more likely to receive a Whatsapp message telling her to come home than to have a mother waiting for that moment of sheer pleasure in being reunited.

Is it all down to social media, then? No, it began long before that. George Gerbner, the US communications professor, first spoke about “mean world syndrome” in the 1970s.

Gerbner’s research showed that those who viewed a lot of violence and crime on television were more inclined to believe that the world was a darker and meaner place than it actually is. As a result, people’s behaviour changed, becoming more fearful and defensive.

Our teenagers today are children of parents who grew up with the “mean world” effect.

Perhaps we were just never designed for life in the 21st century. The kind of alerting mechanism that makes us sensitive to threat is on overdrive in our modern world despite the fact that, objectively speaking, we are physically safer than at almost any time in history.

But our nervous systems seem unable tell the difference between a potential sabre-toothed tiger in the long grass and not getting enough “likes” when you post a carefully curated photo on social media. The level of existential threat seems to feel the same, and not just to teenagers.

The constant stress of presenting a positive image results in people constantly producing the stress hormone cortisol and being unable to switch off. But it is not just maladaptation to modern life. We are being hooked, to use the title of Nir Eyal’s book, Hooked: How to Build Habit-Forming Products.

Eyal says that successful products bring us through a four-step loop that compels us to complete the cycle again and again. The steps consist of a trigger, which starts off as something external, but then becomes self-reinforcing. Taking action follows, which gains some kind of reward.

This reward leads to repeating the behaviour and is most effective when the rewards are inconsistent. The element of uncertainty makes it more likely that the consumer will search to repeat the experience. The final step is investment, which is a commitment to the pattern.

Back in the 1980s and long before social media, Gerbner said, “And for the first time in human history most of the stories are told not by the parent, not by the school, not by the church, not by the tribe or the community, and in many places not even by the native country, but by a relatively small and shrinking group of global conglomerates who have something to sell.”

How prescient Gerbner was. Our culture is being shaped by those who see us simply as consumers, who promote cult-like conformity to predictable values and whose most seductive product is faux freedom.

Facebook proved with a highly unethical experiment that it can not only track but alter our moods. Google shamelessly intervened by deciding to ban online ads in the midst of a referendum and did so secure in the knowledge almost no one would protest.

The rise of chronic anxiety may be a sane reaction to an insane world, where our mental health is of far less importance to global conglomerates than getting us to run around the hamster wheel in a way that keeps us addicted to their products and enables their obscene profits.

1 Susie Dent: ‘Jimmy Carr is incredibly rude to me. I took it as a compliment’
2 Trump selects Amy Coney Barrett for Supreme Court
3 Co Donegal hotel offers €2 rooms to locals to circumvent Covid-19 outdoor dining rules
4 Blackrock and Mulhuddart: How Covid-19 affected two Dublin suburbs
5 Man with electric scooter who died in Meath was due to get married in the coming weeks
Real news has value SUBSCRIBE