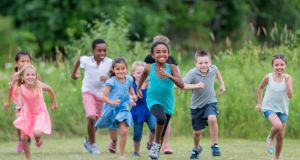 Child benefit is arguably one of most socially regressive payments made out of public funds. Photograph: iStock

It was disappointing this week to hear the usually fearless Minister for Social Protection Regina Doherty roll back from a suggestion that child benefit might be cut for higher earners.

Last week on a panel at the Institute of International and European Affairs Minister Doherty had indicated that she would examine a report on whether wealthier households should no longer receive child benefit.

Representatives of both IBEC and ICTU on the same panel had called for the question to be examined. The idea was being suggested not as a means of reducing the spend on child support generally but as a means of better targeting resources towards those whose financial need is greatest.

Reportage and commentary in the days following the Minister’s remarks had focused on the idea of stopping the payment to households earning more than €100,000.

It seems, however, that Fine Gael quickly began to sweat about the impact which even raising this hare might have on their middle-class support base.

The Minister was out promptly on Wednesday to close the matter down. In a radio interview with RTÉ Doherty said that all she had done was to suggest she was open to looking again at a report commissioned by her department in 2011. This report by Ita Mangan had suggested paying reduced child benefit to wealthier households. Doherty then went on to reiterate her support for the universality of the payment.

The pace at which the Minister moved to end even the limited discourse there had been on this matter illustrates the extent to which the universal provision of child benefit has become a shibboleth of Irish politics.

Child benefit is an important and growing element of our social protection system. The rate per child has been increased dramatically in recent years. It is currently paid to the parents or guardians of children under 16 years and for children under 18 if they are at full-time education or training or otherwise dependent.

The payment is made to more than 600,000 families costing the exchequer €2 billion. It is simply bad policymaking to restrict debate about child benefit to the rate of the payment and close down debate about the types of households to which it should be paid.

Child benefit is arguably one of most socially regressive payments made out of public funds, not because child benefit is a bad thing but because paying it to all families with children, irrespective of household income, wastes resources which could be better utilised if targeted at families most in need. All taxpayers are funding a payment which is universally provided tax-free.

Ibec this week suggested that not paying child benefit to households with an income in excess of €100,000 would save €330 million. The savings could be channeled back to support the children and households in most need, or to fund the direct provision of childcare services.

Paying child benefit to most families is a very good thing. Households on or about the poverty line rely on it to provide basic necessities. For households who are a little better off, the child benefits means they can do a “big shop”, fund a monthly family treat or put some money aside for seasonal costs like back to school or Christmas. Nobody could argue for a cut in child benefit for these families.

There is, however, another large group of recipient households for whom child benefit is surplus to immediate requirements and where it funds small luxuries or is simply transferred into what are effectively State-subsidised saving accounts.

As far back as 2008 the results of a 500-sample national survey published by Bank of Ireland suggested that 35 per cent of those receiving child benefit do not spend it in the month they receive it but instead put it in some kind of saving account for the child. That percentage is likely to be even higher in the better economic environment in 2018.

Anecdotally those involved in paying out child benefit in post offices estimate that as many as one-fifth of recipients collect payment once every three months, which says a lot about how little those houses need it for disposable income.

Child benefit is a useful weapon against child poverty and an effective means of subsidising the costs associated with childcare. It is also redistributive within the household since in most cases it is paid to mothers.

That said, however, taking child benefit away from more wealthy households, or at least asking them to pay tax on it, would be both prudent and progressive. It is a pity that the recent debate on that option has ended before it really began.