Breda O’Brien: Abortion railroading is a threat to our democracy 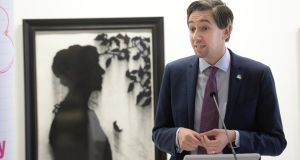 Given that far more people voted to retain the Eighth Amendment than voted for either of the major political parties, the contempt displayed by them for No voters is astonishing.

Fianna Fáil has utterly failed in its role as an Opposition party. It is very dangerous for democracy when every major political party marches in lockstep.

The Referendum Commission said no one was voting for any particular form of legislation. Mr Justice Peter Kelly, President of the High Court, upheld this view in a judgment on an unsuccessful challenge to the outcome of the referendum.

Yet the legislation currently before the Oireachtas that gives effect to the referendum is now being treated as sacrosanct and unchangeable.

No pro-life amendments are being entertained and only a handful of brave TDs and Senators are even attempting to place amendments, including Peadar Tóibín, Carol Nolan, Mattie McGrath, Peter Fitzpatrick, Noel Grealish and the Healy-Rae brothers.

Amendments that would have prevented abortion on the grounds of disability or gender have been rejected by the health committee, despite assurances that no abortions would be carried out on these grounds.

Dignified disposal of remains has been rejected, as has mandatory care for babies born alive after abortions. Even giving women the choice to view an ultrasound or to hear the heartbeat was rejected.

Minister for Health Simon Harris referred to the proposal to ensure dignified disposal of foetal remains as “extraordinarily distasteful”.

What is extraordinarily distasteful is that in 2014, 10 National Health Service trusts admitted burning foetal remains alongside other rubbish while two others used the bodies in “waste-to-energy” plants which generate power for heat.  The remains included both miscarried and terminated unborn babies. In short, hospitals were heated by burning unborn babies’ bodies.

Given the outcry that resulted in the UK, not to mention the outcry regarding the Tuam babies, it would seem only basic decency to ensure it does not happen again.

A disregard for democracy is also evident in the lack of consultation of frontline health personnel. The Minister has all but ignored the fact that the National Association of General Practitioners (NAGP) has pointed out that 85 per cent of its members do not want to carry out abortions.

Even though some of these doctors are willing to refer, many others wish to exercise freedom of conscience and not be complicit in any way in taking life.  This would obviously include not referring patients to someone else more willing to end early human life.

We now live in an Ireland that is so rigid, so narrow, that any deviation from official dogma cannot be tolerated

In relation to GPs, the Minister has worked primarily with the board of the Irish College of General Practitioners (ICGP), which is abjectly failing to represent the many GPs who support or want to exercise freedom of conscience.

More than 640 doctors, after the failure of other efforts to gain accountability from the ICGP, called for an extraordinary general meeting. Each of the signatories provided their Medical Council registration number. The ICGP claimed that the collection of 640 online signatures was invalid and that hard copy signatures should have been collected instead.

This is an extraordinary suggestion in an age, where, for example, renewal of membership of professional bodies routinely takes place online.

The ICGP only agreed to an extraordinary general meeting on December 2nd, when more than likely, the legislation will be completely nailed down. This is both cynical and undemocratic.

It is not just GPs. Midwives, nurses, pharmacists, hospital administrators – none of the frontline personnel have been consulted.

Dr Maitiu O’Tuathail, head of the NAGP, who is pro-choice, pointed out a number of pragmatic reasons for GPs to opt out of abortions. He said that it was claimed during the referendum that most GPs would only have to carry out one or two abortions a year.

He asked whether people would be comfortable going to a surgeon who carried out two operations a year? Obviously not, because the surgeon would not have sufficient experience. The same applies to GPs and abortion. He also pointed out that there were plenty of doctors willing to carry out abortions, so why force the unwilling by threatening legal sanctions?

Why, indeed? Perhaps because we now live in an Ireland that is so rigid, so narrow, that any deviation from official dogma cannot be tolerated.

A healthcare professional who is not allowed to exercise professional or ethical judgment is the functional equivalent of a rubber stamp, an instrument of external authority, whether that be a punitive law or the request of a patient.

But this is the Government whose solution to the fact that there were 591 people on trolleys one day last week was to suggest that health personnel give up Christmas holidays.

Meanwhile, TDs and Senators would enjoy almost four weeks’ holidays. We should not be surprised that the current government and many of the so-called Opposition would prefer medical personnel to be rubber stamps rather than active, committed professionals.