Art should not have to bow down to political correctness 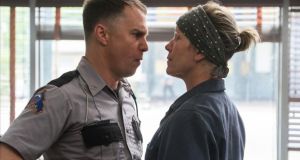 Sam Rockwell and Frances McDormand in ‘Three Billboards Outside Ebbing, Missouri’, which has been singled out by some critics for its ‘problematic’ depiction of race. Photograph: Merrick Morton/Fox Searchlight via AP

To hear many critics tell it, last weekend’s Grammy awards got the pick of winners all wrong. Not because they overlooked deserving performers or tracks on artistic grounds, the kind of complaint you’d expect to be levelled at an event dedicated to the subjective business of judging popular culture. No, the consternation stemmed from the event’s supposed failure to send the correct message about inequality and sexism, particularly during a period of reckoning around sexual harassment.

To many, the decision to award Ed Sheeran the award for best pop solo performance ahead of four female performers – Lady Gaga, Pink, Kelly Clarkson and Kesha – was a case in point.

Writing at Splinter, an American news website, one critic described Sheeran’s win as a damning comment on the “music industry’s commitment to highlighting the work of underrepresented and oppressed women”.

Over at Cosmopolitan, another writer lamented that, in a night with few female winners, Sheeran had beaten a field of women with a song containing the refrain “I’m in love with your body”.

The run-up to the Oscars has similarly been overshadowed by controversies to do with the political connotations of various nominated films.

Three Billboards Outside Ebbing, Missouri, written and directed by Martin McDonagh, has been singled out for its supposedly “problematic” depiction of race.

The artistic realm is surely the very place where contentious, dubious or even blatantly offensive ideas and scenarios can be explored without harm

In the UK Independent, one commentator complained that the “vitriolic racism” of one character “is not condemned or tackled in the film”. A white, male director such as McDonagh, he continued, should be “sensitive and truthful” when tackling a subject such as racism.

Truthful? A prerequisite for a documentary, no doubt, but a work of fiction?

In our current age of warring internet tribes and social media-fuelled outrage, such moral criticism dominates discussions of popular culture.

Barely a day seems to pass without another book or film being taken to task by critics, professional and armchair-rank alike, because it does not conform to a certain world view or brand of politics.

Embedded in these critiques is a curiously old-fashioned and indeed puritanical idea: that art exists only, or at least primarily, for our moral betterment. Forget the local priest or university philosopher professor – the instructions for a good life should be laid out in easy-to-follow steps in your favourite Netflix series or romance novel. To this mindset, it seems, entertaining or engaging the audience is an afterthought at best.

Much as religious censors demanded that art be wholesome in times past, our contemporary moral arbiters reject as impure any narrative, fictional or otherwise that contains even a hint of the “incorrect” politics.

More often than not, this includes anything that doesn’t belong unambiguously on the liberal-left edge of the political spectrum. The sins may have changed, but the underlying impulse to view people as easily-corrupted moral simpletons remains much the same.

While resurgent, the idea of art as a moral guide isn’t new. In fact, it’s literally ancient, fittingly described by a word, “didacticism,” that has its origins in ancient Greek. It’s also an extremely limiting principle on which to moor the creative impulse. By the 19th century, artists had accordingly begun abandoning the notion that art had to function, in the words of literature professor Carolyn Burdett, as “a means of self-improvement or a spur to good works”.

Oscar Wilde, a man who knew a thing or two about puritanism, wrote, in a similar vein, “A work of art is useless as a flower is useless. A flower blossoms for its own joy.”

One doesn’t need to look hard to see the chilling effect on artistic expression that has resulted from applying political purity tests to every facet of popular culture.

Last year, an article in US entertainment outlet Vulture detailed the rise of vitriolic social media campaigns aimed at ensuring that certain “problematic” works of young adult fiction don’t see release. Tellingly, the piece noted that many of those leading the charge against texts that “engage improperly with race, gender, sexual orientation, disability and other marginalisations” had never read them.

The artistic realm is surely the very place where contentious, dubious or even blatantly offensive ideas and scenarios can be explored without harm. Since when does a depiction constitute an endorsement of real-world behaviour?

Micro-parsing everything we watch, listen to and read for its moral connotations is a recipe for dull, staid art. Worse, it risks making us all dull people, too.

John Power is an Irish journalist based in Melbourne