Penal cause – An Irishman’s Diary about Australia Day 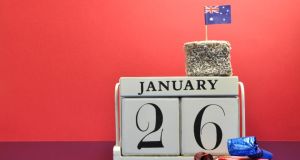 It’s 240 years ago today since a fleet of ships sailed into a cove in Sydney and a vision that must have suggested the Garden of Eden.

The harbour was deep and safe, the scenery staggering.

But Arthur Bowes Smyth, a surgeon who kept a diary of the trip, was especially struck by the bird-life.

“The singing of the various birds among the trees, and the flight of the numerous parraquets, lorrequets, cockatoos, and maccaws, made all around appear like an enchantment,” he wrote.

Smyth was wrong about the macaws, as historian Robert Hughes has pointed out: they didn’t exist in Australia. But the rest were there all right.

And now the First Fleet was in the process of introducing another form of quasi-avian wildlife to the area: jail-birds.

The primary purpose of the voyage, of course, was to establish a penal colony for the first of the 162,000 British and Irish convicts who would be transported over the century following. So there must have been a few human McCaws introduced in this way.

Despite that dubious subtext, January 26th went on to become Australia Day, the country’s official birthday, although as critics point out, there were people there long before Europeans arrived.

This last point is underlined by one of my favourite place-names in the world, Wooloomooloo, now an inner city suburb of Sydney, close to where the ships landed.

The name is presumed to be aboriginal, although nobody now seems to be sure which it means: “place of plenty”, “place of blood”, “burial ground, and “young black kangaroo” being among the plausible translations.

Whatever the meaning, I have some familiarity with the location because, almost 30 years ago now, just after the 1988 bicentenary, I had the good fortune to spend a few months in Sydney while working my way around Australia.

I stayed in a hostel to the south of the harbour, but worked to the north of it. And this made for the most dramatic daily commute I have ever experienced anywhere.

The scenery had been transformed in 200 years, but it was still breathtaking, from the natural outcrops and inlets to such famous human additions as the Opera House and Harbour Bridge.

Then there was the exotic spectacle that flew past, high overhead, every so often. No it wasn’t a bird or a plane: it was the Sydney Monorail, a new commuter system that had just opened. Alas, even then, it didn’t seem to be a success. Sydney people never quite took to it, either in affection or use. I see now that it was declared extinct in 2013.

How many Irish prisoners were on the First Fleet is not clear. None of the ships had sailed from this island, so such Irish convicts as were on board, like Hannah Mullens, had all been tried in Britain.

It wasn’t until 1791, when a vessel called the Queen sailed from Cork, that transportation from Ireland began in earnest.

One of the first exports then was George Barrington, a Kildare man who had been a highly skilled pickpocket until stealing one watch too many.

Demonstrating that Australia was indeed a land of opportunity, he went on to enjoy a distinguished police career, becoming chief constable in Parramatta.

In total, only about 12 per cent of all Australian convicts were Irish. And many of those were ordinary criminals, like Barrington and John “Red” Kelly (son of Ned).

But both the numbers and the political motivation were exaggerated over the years, as Australian convict-hood became a badge of honour. This may help explain the fate of one bronzed resident of Sydney I used to pass on my travels.

After the opera house, my favourite piece of architecture there was probably the QVB (Queen Victoria Building): a magnificent 19th-century shopping arcade. It had been threatened with demolition in the 1980s, but was instead restored to former glory. And sitting in front of it then was a figure once very familiar to Dubliners.

Sculpted by an Irishman in 1908, the effigy of Queen Victoria had spent four decades in its original setting: Leinster House. But despite details designed to ingratiate her with local subjects – she was seated on a low chair rather than a throne, for example – they never bonded with her.

So she was removed in 1948, and detained without trial for the next 40 years at venues including the Royal Hospital Kilmainham. Then in 1987, it emerged that the restored QVB needed a suitable statue. Thus was Queen Victoria transported to Australia, for life, to great Irish amusement.