A new political movement in Ireland is long overdue 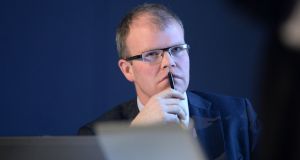 No matter where you stand in relation to abortion, watching all the political parties operating as if they are some kind of national government in relation to the issue must ring alarm bells.

Lively opposition is necessary for democracy.

This is not just in relation to abortion. The parties all occupy roughly the same ground when it comes to social issues, with the only difference being that some are more extreme.

Those who dissent are seen as the enemy of progress and treated with visceral distaste. In effect, the parties are gambling that people do not vote on single issues and can therefore do what they like. The only reason that the parties can get away with this is because there is no viable opposition.

A new political movement is overdue, and Peadar Tóibín may well be the right person to spearhead it.

He has already proven his integrity by refusing to compromise on his principles even if it means taking a lonely road.

He is now beginning to establish a new political movement with a broad political platform. It will be an all-Ireland party, one with a strong concern for social justice, especially in health and housing, and including the right to life.

He has been holding preliminary meetings around the country. I was at one in Monkstown.

Although there had been no posters or leaflets advertising it, there were about 150 people there. There seemed to be a couple of distinct groupings. The majority were there because of feeling that they had no one to vote for in relation to the right to life.

There was a tiny group there who were hoping Tóibín would have an anti-immigration platform. They were given a polite hearing and an equally polite and firm assurance that this would not be part of the policy platform.

Tóibín stated: “We seek a pluralist society that welcomes people in need of refuge. We welcome people from all religions and none equally.”

There were also disillusioned Fianna Fáil and Sinn Féin voters and even some former Fine Gael supporters.

Tóibín is a realist. He sees that this political movement will have to be built from the ground up, beginning with activists and councillors and putting people forward in the local elections.

There is a lot of work to be done to build strong constituency groups.

But there is definitely an appetite for change. For generations, politics in Ireland was tribal. That is breaking down and is doing so even faster because of the mad rush to the centre by Fianna Fáil and Fine Gael.

Many Fianna Fáil supporters feel the party has lost its soul under Micheál Martin, that he listens only to a select few who have identikit views and that he no longer has any interest in rural Ireland.

He is so busy proving the relevance of the party that he is ignoring the supporters who were the backbone of the party, who canvassed and fundraised for it.

Despite claiming that the party would be more democratic under his reign, in fact motions passed at the ardfheis are only implemented if they fit with the agenda of the select few.

Many traditional Fianna Fáil supporters are looking for a new home. But councillors will also have to take a leap. If some do, it is likely to turn into a flood. And if that happens, even some TDs might find a new tribe.

Former Fine Gael supporters may find it a bit harder to join a new movement. Maybe having a health minister whose sense of priorities means that €12 million could be magically found for abortion might provide the tipping point? And all while presiding over a system that had 100,000 people on trolleys this year, along with 37,000 vulnerable children waiting unconscionable times for mental health, disability, or speech and language appointments?

For some potential supporters, Tóibín’s past in Sinn Féin may prove a sticking point, which is ironic, given that the new movement will be in direct competition with Sinn Féin.

In relation to the right to life, Tóibín believes incremental steps are the only way forward at this time. The eventual goal, however, which may take decades, is to return to the full recognition of the human dignity of all.

He believes that if the numbers of abortions can be reduced to one thousand or less through humane support for people in crisis, that will be a victory in the short term.

The policy platform will include ensuring that there will be no abortion on the grounds of gender, nor on the grounds of disability and that the right to freedom of conscience for medical and administrative personnel and pharmacists will be fully respected.

These are issues that many who voted Yes will also support. Interestingly, at a meeting in Kerry, Tóibín was approached by two women who had voted Yes but were appalled at the wide-ranging nature of the abortion legislation.

This is an indicator that there is a coalition to be built among unlikely groupings, but one that could provide a real alternative to the smothering groupthink of contemporary Irish politics.