What Tocqueville would make of today’s American landscape 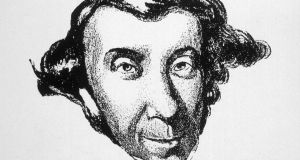 Tocqueville: the Frenchman’s two-volume account of his travels in the United States in 1831 retains a freshness

We could argue over whether Alexis de Tocqueville produced the best book written about America, but if staying power were our sole criterion, the debate would be over. Democracy in America, the Frenchman’s two-volume account of his travels in the United States in 1831, retains a freshness and a verve that belie its age. The book’s abiding popularity is no doubt partly down to its bipartisan appeal: liberals see it as an endorsement of community values, while conservatives read it as an ode to individual liberty. But it’s the acuity of Tocqueville’s analysis that makes his reflections – a panorama that blends grand abstraction and impressionistic trivia, taken at a moment when US democracy was still very much an experiment, all relayed by a 25-year-old who barely spoke English – seem oddly relevant. It has become a parlour game to try and spot modern trends that Tocqueville foresaw 160 years ago. The tyranny of the majority? Tick. A hopelessly polarised society? Tick. How a love of materialism could co-exist with intense religiosity? Tick.

Even more interesting is to imagine what Tocqueville would make of today’s American landscape. He’d certainly notice how personal piety had been absorbed into political life, and he’d be pleasantly surprised by the resilience of the federal government (when he wrote Democracy in America, he didn’t rule out the idea that the Union could fall apart). Strip away technology, however, and I think Tocqueville would be struck by how much he recognised: crumbling infrastructure (he complained about the state of the roads in the 1830s); the power of the judges (“Scarcely any political question arises in the United States that is not resolved, sooner or later, into a judicial question,” he wrote); the abiding strain of individualism or the American respect for hard work and decency.

He would be anxious nonetheless. If he took his nine-month jaunt across the country today, he would notice how many of the features of American democracy he identified at its inception were under threat, and how some of his fears had been realised. In the mid-19th century, the high education levels Tocqueville observed created a floor of civic knowledge that allowed democracy to flourish. Access to education is much wider today, yet in this post-fact world, where partisans no longer share common media, let alone agree on the terms of debate, that floor is under strain.

In Tocqueville’s analysis, America’s love for associational life – its people’s keenness to participate in groups, movements and elections – was the key to the success of its fledgling system. Today, the space for participation is contracting. The US supreme court’s decision in Citizens United, which allows corporations to throw vast amounts of money at political campaigns, has had a wildly distorting effect.

Look at the basic act of voting. In last month’s midterm elections, the Democrats won by a landslide. But it didn’t look that way on the graphic of the incoming House of Representatives, which shows that the Democrats will return with a majority of just 15 seats. Why? Because Republican officials succeeded in depressing turnout by minorities by imposing strict registration laws, purging voting lists and closing or moving polling stations. Confusing ballot papers and faulty voting machines also helped. Most significantly, the Republicans benefited from a decade of intensive gerrymandering, simply redrawing district lines around areas where their supporters were concentrated.

Elections only work when people feel that their vote can influence the outcome. In many parts of the US, that entails a total suspension of disbelief. At the root of this democratic deficit is the electoral college system, which gives disproportionate power to smaller, rural states by awarding victory not to the most popular candidate but to the one who wins the right combination of states. Donald Trump famously won three million fewer votes than Hillary Clinton.

The problem is even more acute in Senate races. An almost-empty rural state such as Wyoming (population 580,000) gets two seats – the same number as California, where 39 million people live. That explains why Democrats could win 11 million more votes than Republicans in last month’s senate elections but still end up outnumbered in the upper house. What is often framed as a peculiar quirk of the American system, in other words, is at the heart of one of the republic’s biggest crises.

Tocqueville was alive to the potential for problems – he recognised, even in the 1830s, that the electoral system can produce aberrant results. And I doubt he’d lose all hope. Perhaps he would point out that turnout surged last month, or that new forms of activism are sprouting all over the US, or that the country’s institutions have so far held firm. Because, ultimately, he never lost faith in Americans’ ability to defend their great experiment.