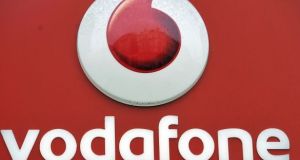 Vodafone will refund a total of €416,972 and tell customers when they are buying phone credit that they can lose some existing credit if phones are topped up by certain amounts

Vodafone has been rapped on the knuckles by the communications watchdog and ordered to issue refunds to more than 70,000 of its pay-as-you-go mobile phone customers over inadequacies in the contracts it supplied them with.

ComReg said Vodafone – which is Ireland’s largest mobile operator with more than 2.3 million customers – was not in compliance with the EU regulations as it had failed to provide customers of some of its product with sufficient contract information for a period covering September 2016 to March 2018.

ComReg said if subscribers on the network’s PAYG offerings known as Chat Extra, Smart Extra and Extra topped up by the tariff monthly price of either €20 or €30 at any point during any given month, their balance would reset and they would lose any remaining allowances.

In particular, the ComReg investigation focused on how customers were advised that the offers would reset and found Vodafone had breached EU rules.

As a result the company said it would refund 72,774 customers who may have lost credit in the affected time period.

It will refund a total of €416,972 and undertake to tell its customers when they are buying phone credit that they can lose some existing credit if phones are topped up by certain amounts.

It has also committed to amending SMS messages sent to customers to clearly inform them when and why offers can be reset and credit lost.

In a statement Vodafone said it had “worked closely with ComReg on this”.

A spokeswoman said it “specifically related to whether it was clear to customers that if they chose to top up before the 28 day cycle ended, that their allowances would be reset and start a new offer cycle.”

She said “following discussions with ComReg, Vodafone revised certain offer communications and have agreed to apply credits to those customers impacted”.

It is not the first time the provider has fallen foul of the regulator. In 2017 it was forced to credit more than €2.5 million to pay-as-you-go customers who were automatically opted into a particular package months previously.