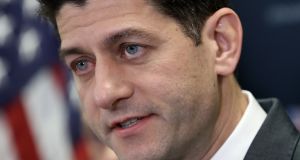 This week saw the inner workings – some would say dysfunction – of the US Congress fully on display, as the US slipped into its second government shutdown in three weeks following the failure to pass a funding Bill.

Though brief – the government had reopened before most people had arrived to work on Friday, hours after the shutdown began – the timing of the shutdown was dangerous, coming soon after another massive sell-off on US markets reflecting investor nerves about the US economy.

While House minority leader Nancy Pelosi stole the headlines on Wednesday when she delivered a record-breaking eight-hour speech on the House floor denouncing the Bill and calling for a deal on immigration, it was Republicans’ turn on Thursday.

With just hours to go before the midnight deadline for passing the Bill, senator Rand Paul astounded colleagues by beginning a filibuster, a delaying tactic used in the Senate, which pushed the vote on the funding package into the early hours of Friday morning.

But while many of his colleagues fumed, he had a point – at least from the point of view of traditional Republicans.

The new funding Bill brokered by senators this week and finally passed by the House shortly after 5.30am on Friday includes $300 billion in extra spending over the next year – mostly for defence, but also for education, health and disaster relief programmes.

But for many Republicans this is anathema to their basic economic doctrine. The party that railed against increasing US debt and deficit levels during the Obama era is now shepherding through billions of dollars in extra spending, on top of the $1.5 trillion tax cut plan passed in December.

While the extra defence dollars sweetened the pill for some, 67 Republicans voted against the Bill in the House on Friday morning – a worrying rebellion for House speaker Paul Ryan.

While the funding package has exposed splits within the Republican Party, Democrats have not emerged unscathed.

Having shut the government for three days in January because of demands for an immigration element to the funding package, Senate minority leader Chuck Schumer has little to show in terms of progress for the “Dreamers” – young undocumented migrants brought to the US as children – though he will argue that the extra funds for non-defence spending is a win.

With a significant wing of the Democratic Party demanding an urgent solution to the immigration issue, the Democratic leadership needs to deliver in the coming weeks. The US government may have avoided a lengthy shutdown, but the next battle on immigration is only beginning.