US democracy is heading towards the mother of all stress tests 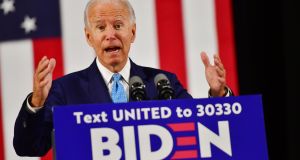 Donald Trump has won the electoral college by a clear margin. Yet America is in ferment. Cities around the world are holding candlelit vigils for US democracy and smaller Democratic states have joined California to threaten “Calexit”. Unions plan a general strike to pressure chief executives to back America’s majority.

To be fair, Joe Biden won six million more votes than Trump – 52 per cent to 47 per cent. Turnout was low because of rampant coronavirus and obstacles to absentee voting. Yet Trump was re-elected according to the rules. What US court would dare question the outcome?

Forewarned is forearmed. America’s judges, governors and chief executives ought to be losing sleep over such an eventuality. Twice in the last 20 years, a candidate has won the US presidency after losing the popular vote.

In 2000 the supreme court voted five to four to stop the Florida recount. Al Gore conceded to George W Bush though a full tally would probably have tilted it his way. In 2016, Trump won the electoral college in spite of having three million fewer votes than Hillary Clinton. It could easily happen again in November. This time nobody would be playing by Queensberry Rules.

The difference with 2000 is that Americans are far likelier to view their opponents as enemies than competitors. Today’s toxicity is more redolent of the 1860 election that preceded the civil war.

Gore was too much of an institutionalist to go against the supreme court. Biden would be branded a traitor by most of his party were he to sacrifice America’s majority on some outdated altar of national unity.

Which institutions would be left to preserve after four more years of Trump? Having watched almost every norm flouted in his first term, who could reasonably count on a free and fair election in 2024?

The Pentagon has always found “war games” indispensable. Informed role players provide a sharper sense of how military escalations unfold. The same is true of the electoral battlefield. In three out of four US election games run by the Transition Integrity Project, a non-partisan group created by Rosa Brooks of Georgetown Law school and Nils Gilman of the Berggruen Institute, the US republic hit constitutional impasse by the conclusion in January 2021.

Even in the fourth scenario, where Biden had clearly won the popular vote and the electoral college, the result was contested. Trump agreed to leave office only after Biden promised him a blanket pardon.

It is the other three prospects we should worry about. Much like the situation outlined above – in which I helped play the role of the media – presidential incumbency is a huge advantage. The US is unique in giving its losing chief executive another 10 weeks of power – nuclear button included – before handing over to the winner.

It is one thing when the defeated president is Jimmy Carter or George HW Bush (the last two one-term presidents). They personified fair play. It is quite another if the loser is Trump. As they say, possession is nine-tenths of the law.

The other games began with a narrow Biden victory and an inconclusive electoral college result. In both cases, Trump threatened to federalise the national guard to skew or shut down ballot recounts in contested states. Bill Barr, the US attorney-general, helped Republican legislatures certify results that contradicted their Democratic governors.

None of this is far-fetched. No matter who was playing the game, Trump’s instincts were never in question. The participants – senior legal, political and former government figures – were split between Republicans and Democrats. These were exercises rather than forecasts. Yet they left little doubt that the only prospect for a peaceful transition would be a strong victory for either candidate in November.

Since Trump has almost no chance of winning the popular vote, the most realistic hope for US stability would be a clear Biden victory. Today’s polls suggest he would win comfortably. But Biden’s lead will probably narrow in the 18 weeks between now and then. The closer the race, the less soundly we should sleep. American democracy is heading into the mother of all stress tests. – Copyright The Financial Times Limited 2020