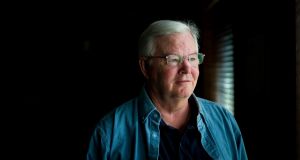 The heightened scrutiny of sexual impropriety on Capitol Hill in Washington has swept up a senior House Republican who has apologised for a sexually explicit photograph that wound up on the internet and raised the possibility that he had been the victim of a crime.

Texas congressman Joe Barton, who was once the chairman of the House Energy and Commerce Committee and is now its vice chairman, said he was reconsidering his political future after the photograph appeared on an anonymous Twitter account.

Mr Barton, who has hired a crisis communications firm, made clear he was ready for a fight. In a statement on Wednesday night, he said that he had suffered “a potential crime”. A Texas law, the so-called revenge pornography law, makes it a misdemeanor to intentionally publicise images or videos of someone’s genitals or sexual activity without consent.

Hours after his initial apology, the Washington Post reported that Mr Barton (68) had threatened in 2015 to report to the Capitol Police a woman with whom he had shared explicit photographs, videos and messages if she exposed him. The woman, who spoke anonymously, shared with the Post a recorded phone conversation in which the congressman confronted her about communications she had had with other women connected to Mr Barton, including sexually explicit material he had shared with her.

Mr Barton did not dispute the woman’s account. But in his statement, he said that she “threatened to publicly share my private photographs and intimate correspondence in retaliation” when he ended their relationship.

“Today, the Capitol Police reached out to me and offered to launch an investigation and I have accepted,” he said. “Because of the pending investigation, we will have no further comment.”

A spokeswoman for the Capitol Police did not immediately reply to a request for comment. In his earlier statement, Mr Barton had said that while separated from his wife, he had “sexual relationships with other mature adult women”.

“Each was consensual. Those relationships have ended,” he said. “I am sorry I did not use better judgment during those days. I am sorry that I let my constituents down.”

The photograph of a naked Mr Barton, with his genitals obscured before it was posted, set off waves of speculation in Texas and Washington, where sexual harassment charges are roiling Capitol Hill. The tweets, which appeared on Monday, included an image of a sexually explicit text message, ostensibly sent by Mr Barton, along with a cryptic reference to harassment.

It was not clear why the photograph was posted. The woman who spoke with the Post said she had not put the image on Twitter herself. Lawmakers called and texted one another on Tuesday night and Wednesday morning trying to discern whether the photograph was authentic but received no guidance from the party’s leadership or Mr Barton.

Direct messages sent to the Twitter account that posted the image have not been returned. AshLee Strong, a spokeswoman for House speaker Paul Ryan, said on Wednesday afternoon that Mr Ryan had spoken to Mr Barton on the matter but would “keep those conversations between the two of them”.

Mr Barton is the longest-serving member of the Texas congressional delegation and was the Energy and Commerce Committee chairman when president George W Bush was in the White House. He had lowered his sights more recently, telling associates that he hoped to claim the investigatory subcommittee of the Energy and Commerce panel.

That subcommittee chairmanship is vacant because its most recent chairman, Republican Tim Murphy of Pennsylvania, resigned last month after it was revealed that he had encouraged his mistress to seek an abortion.

Unlike other veteran lawmakers who have retired after their time atop influential committees has come to an end, Mr Barton had shown no interest in leaving Congress. “I’m the odd duck who didn’t quit,” he joked to the Dallas Morning News in an interview this month.

His personal life has been more turbulent than his political career. He divorced his first wife in 1993 and his second wife two years ago. Mr Barton has young children from his second marriage, and one of them, his 10-year-old son, was at the congressional baseball practice this year when a man sprayed the field with bullets, gravely injuring Republican congressman Steve Scalise. Mr Barton is the longtime coach of the Republican baseball team.

Democrats were not planning to aggressively contest Mr Barton’s conservative-leaning seat: His best-funded challenger, Jana Lynne Sanchez, had only $16,440 (€13,800) on hand as of the start of October. – New York Times