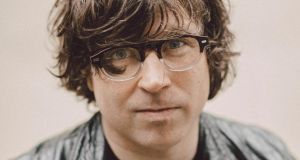 Several women say Adams offered to jumpstart their music careers, then pursued them sexually and in some cases retaliated when they spurned him. He denies the claims. Photograph: Elizabeth Weinberg/The New York Times.

For nearly two decades, Ryan Adams, one of the most prolific singer-songwriters of his generation, has been heralded as a mercurial creative genius and a respected industry tastemaker.

Equal parts punk-rock folk hero and romantic troubadour, Adams (44), has 16 albums and seven Grammy nominations to his name. He has overseen music by Willie Nelson, written a Tim McGraw hit and recorded with John Mayer.

He has also taken a special interest in the trajectory of female artists, especially younger ones, championing them onstage, across social media and in the studio, where his stamp of approval can jump-start careers.

Some now say that Adams’ rock-star patronage masked a darker reality. In interviews, seven women and more than a dozen associates described a pattern of manipulative behavior in which Adams dangled career opportunities while simultaneously pursuing female artists for sex.

In some cases, they said, he would turn domineering and vengeful, jerking away his offers of support when spurned, and subjecting women to emotional and verbal abuse, and harassment in texts and on social media.

The accounts have been corroborated by family members or friends who were present at the time, as well as by correspondence from Adams reviewed by The New York Times.

From a teenager living in a small town to his ex-wife, the singer and actress Mandy Moore, these artists said Adams exploited and then stifled their ambitions.

“Music was a point of control for him,” Moore said.

When Adams began corresponding online with a fan, Ava, in 2013, she was a 14-year-old bass player already forging a career. But their correspondence about music turned into graphic texting. Eventually, Ava said, they conducted video calls on Skype, where Adams exposed himself during phone sex. The Times has reviewed extensive communication between the two, including 3,217 text messages they exchanged over a nine-month period when Ava was 15 and 16. (The newspaper is identifying Ava, now 20, by her middle name because she was a minor during their online relationship. They never met in person.)

In the texts, Adams questioned Ava repeatedly about her age, and sometimes she said she was older than she was. Though he did not seem convinced, their sexual conversations continued. “i would get in trouble if someone knew we talked like this,” Adams wrote to her in November 2014.

Andrew B Brettler, Adams’ lawyer, said that the singer did not recall these exchanges. “Mr Adams unequivocally denies that he ever engaged in inappropriate online sexual communications with someone he knew was underage,” Brettler said.

Through Brettler, Adams said that he did not have the power to make or break careers and categorically denied the “extremely serious and outlandish accusations”.

I am not a perfect man and I have made many mistakes. To anyone I have ever hurt, however unintentionally, I apologize deeply and unreservedly.

Adams recalled the interactions with the women differently, his lawyer said, referring to some of the allegations as “grousing by disgruntled individuals” who blamed Adams for personal or professional disappointments and were now out to harm him.

After the New York Times article was published online, Adams posted a series of tweets in which he apologised.

“I am not a perfect man and I have made many mistakes. To anyone I have ever hurt, however unintentionally, I apologise deeply and unreservedly,” Adams tweeted. “But the picture that this article paints is upsettingly inaccurate. Some of its details are misrepresented; some are exaggerated; some are outright false. I would never have inappropriate interactions with someone I thought was underage. Period.”

With the album Heartbreaker and songs like New York, New York, Adams became a solo star in the early 2000s, even as he struggled with well-publicised addiction and mental health issues. He later gained mainstream attention with a cover of Taylor Swift’s 1989 album, released through his own Pax-Am label.

Adams was an early adopter in communicating directly with listeners, responding to fans and critics on Myspace and then Twitter and Instagram. He also used social media to scout and meet artists. It was on Twitter that he found Ava, who excitedly messaged him to say hello after she followed him and he followed her back.

“I was really alone,” Ava said in an interview, “and he was really friendly and cool.” She had been a gifted bassist since the age of 9. By 12, she was road-tripping with her family to Manhattan for gigs with established musicians.

At home, however, Ava was isolated, home-schooled because of bullying. At 13, her father died.

Adams represented the creative future she dreamed of. The star floated big ideas about her career prospects in their earliest messages, eventually suggesting that she and another teenager start a band that he could produce. Their conversations were on and off, but a constant theme was Adams fretting about Ava’s age - and asking to keep their exchanges secret - while also indulging in sexual scenarios.

He had pet names for her body parts. Days later, Adams expressed anxiety: “If people knew they would say I was like R Kelley lol,” he wrote.

Yet within 10 minutes, the conversation again turned explicit. “I just want you to touch your nipple,” he texted, before again asking about her age. “And tell me that your mom is not gonna kill me if she finds out we even text.”

In response to Adams’ repeated pleas that she tell him she was 18. “You have to convince me,” he wrote. Ava at times said she was. Sometimes he asked to see identification “in the hottest way that has ever been done Lol.” She never showed him any ID.

Adams, through his lawyer, said that while he “has communications online with various fans and aspiring musicians,” he “does not recall having online communications with anyone related to anything outside of music.” The lawyer added that “if, in fact, this woman was underage, Mr Adams was unaware.” He pointed to her performances in clubs and provided photos of Ava from that time, saying she looked “approximately 20.”

Ava said that as her communication with Adams went on, she grew uneasy about their unequal dynamic. Once, she said, the two agreed to video chat, but when they connected on Skype, Adams was already naked. “It was just sexual power,” Ava said.

As their relationship waned, Adams returned to the possibility of recording together. But for Ava, the idea that she would be objectified or have to sleep with people to get ahead “just totally put me off to the whole idea” of being a musician, she said. She never played another gig.

Other women in music said they, too, were subjected to Adams’ intense flattery and a bait and switch in which professional opportunities would be commingled with sexual come-ons.

Even for an artist like Moore, now a star of the TV hit series This Is Us, Adams could wield his influence in damaging ways. When they met in 2007, she was 23, he a decade older.

Professionally, Moore was at a turning point: She was exiting her teen-pop years, and his reputation as a sensitive, authentic voice provided the artistic credibility she craved. In 2010, Adams offered to work on her next album; when she parted ways with her music manager, Adams discouraged her from working with other producers or managers, she said, effectively leaving him in charge of her music career.

They wrote songs together regularly that Adams promised to record, but never did. He booked them time at his studio, only to replace her with other female artists, she said. And he lashed out in ways that Moore came to consider psychologically abusive.

Adams lorded his artistic accomplishments over her, she said. “He would always tell me, ‘You’re not a real musician, because you don’t play an instrument.’”

Through his lawyer, Adams called Moore’s characterisation of their time together “completely inconsistent with his view of the relationship,” adding that he was supportive of her “well-deserved professional success.” The lawyer said Adams had been happy to help her career and had not prevented her from working with others.

She released her sixth LP, completed before their marriage, shortly after they wed in 2009, and has released no albums since. “His controlling behavior essentially did block my ability to make new connections in the industry during a very pivotal and potentially lucrative time - my entire mid-to-late 20s,” she said. Their divorce was finalised in 2016.

Megan Butterworth, Adams’ ex-fiancee, also described him as a controlling and emotionally abusive partner, who later targeted her with digital harassment. During their relationship, he isolated her socially and professionally, she said, trying to dictate who she saw or worked with. And he could turn rageful, smashing things and physically intimidating her, she said, though he never hit her. – The New York Times