El Chapo trial: The 11 biggest revelations from the case 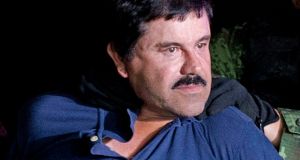 After a lengthy 11-week trial in Brooklyn, New York, a jury on Monday began deliberating the case of Joaquín Guzmán Loera, the Mexican drug kingpin known as El Chapo. Guzmán faces 10 charges, including leading a criminal enterprise and the importation and sales of large amounts of narcotics into the United States. If convicted, he faces life in prison.

The trial has allowed prosecutors to extensively detail the inner workings of Guzmán’s Sinaloa cartel, providing unparalleled insight into international drug trafficking. Here are 11 of the most important takeaways, in no particular order.

Corruption in Mexico is worse than you think

During the trial, nearly every level of Mexican government was implicated in bribes, including the presidency. One witness testified that El Chapo paid Enrique Peña Nieto, when he was president in 2012, $100 million in exchange for allowing the kingpin to come out of hiding.

President Andrés Manuel López Obrador’s top security official was said by one witness – and federal prosecutors – to have accepted a multimillion-dollar bribe from the Sinaloa cartel in 2005. Genaro García Luna, the former secretary of public security, was accused of accepting two suitcases stuffed with $3 million. And the Mexican federal police, referred to by one witness as “our people”, were said to have protected El Chapo after his first escape from prison in 2001.

Getting too much plastic surgery appears to be an unwritten rule in narco textbooks. Drug lord Amado Carrillo Fuentes, known as the Lord of the Skies, famously died under a surgeon’s knife, and several witnesses said they went through extensive operations.

Tirso Martínez Sanchez, who helped run trains filled with drugs between Mexico and the United States for the cartel, said he had several facial-reconstructive operations to drastically alter his appearance, stopping only after he started bleeding out during his third operation.

Most memorable were the comic-strip-like features of Juan Carlos Ramírez Abadía, known as Chupeta, who was El Chapo’s Colombian cocaine supplier. Over the course of several operations, he structurally altered his jawbone, cheekbone, eyes, mouth, ears and nose.

Chupeta also tried to have his fingerprints removed, most likely causing a circulation problem; he almost constantly used gloves on the stand. In court, his reddened skin looked like melted wax pulled over his scalp.

According to witnesses, El Chapo heavily invested in wiretapping and spyware equipment over the decades, becoming obsessed with secure communications in the 1980s. Around that time, he also began obsessively recording the calls of his wife, lovers, associates and enemies. One associate, Miguel Angel Martínez, recalled El Chapo telling him, “The most important thing in that environment was to know what everyone was thinking about you. Whoever – your friends, our enemies, your compadres.”

Later, Christian Rodriguez, a 20-something information technology expert from Colombia, developed a more high-tech spyware system for phones and computers belonging to Guzmán’s wife, mistresses and associates. Guzmán received routine spy reports and also made a habit of calling back associates after a business transaction; the second, invisible, call activated hidden microphones that enabled him to listen in without the person’s knowledge.

The US government used El Chapo’s intrepid spy systems against him. Although Guzmán used BlackBerry phones as well as a filter system, which passed messages between third parties to protect the identity of the senders, his most comprehensive system was devised by Rodriguez. It allowed him to place calls from a secure three-digit extension to other trusted parties anywhere in the world.

Rodriguez, however, agreed to cooperate with US authorities after being approached by the FBI during a sting operation. He turned over calls and text messages from the encrypted system.

The government was listening

The prosecution’s case was built from four wiretap investigations. In addition to Rodriguez’s system tap, prosecutors also used wiretaps collected by authorities in Colombia and the Dominican Republic, as well as one from Homeland Security Investigations.

The worldwide reach of the Sinaloa cartel

Like any good business, the Sinaloa cartel globalised, stretching far beyond the Mexican-US border to Colombia, Ecuador, Panama, Belize, Honduras, Canada, Thailand and China. From early in his career, Guzmán reached out to cocaine suppliers in Colombia to receive cheap cocaine. He negotiated cheaper deals with the dealers by promising to deliver the cocaine more quickly, gaining him the nickname El Rápido for his speed in funnelling the cocaine through tunnels under the border.

A lot of people played a part

The case required the co-operation of several US law enforcement agencies, but it also required keeping some Mexican authorities out of most discussions. Among the co-operators were the FBI, the Drug Enforcement Administration, Homeland Security Investigations and the coast guard. Also involved were foreign law enforcement and military based in Ecuador, Colombia and the Dominican Republic, as well as local law enforcement in New York City, Chicago and Texas and federal prosecutors in New York; Chicago; El Paso, Texas; Miami; San Diego and Washington.

But not a single Mexican law enforcement officer testified. Victor J Vazquez, the DEA special agent who helped lead the successful arrest of El Chapo in February 2014, told the jury that the DEA and Mexican military purposely kept local Mexican law enforcement in the dark because of “the corruption level – using them again was not going to work”.

What he really wanted to do was direct

El Chapo loves the limelight – even his lawyers admit it. Guzmán wanted to direct a movie, and then later tried to set up another movie with the telenovela star Kate del Castillo. That contact led to his infamous interview with Sean Penn for Rolling Stone.

And in court, El Chapo seemed ecstatic to see actor Alejandro Edda, who plays him on Netflix’s Narcos: Mexico.

The cartel was not a cohesive unit, but an ever-shifting factionalised federation constantly at war with itself. Guzmán has feuded with his cousins, the Beltrán-Leyva brothers; the Arellano-Félix organisation; and other former close associates.

Deaths of leaders and close friends often sparked the wars, which led to the bloody deaths and injuries of innocent civilians and family members in public places, including the 1993 murder of Cardinal Juan Jesús Posadas Ocampo at an airport in Guadalajara.

The Sinaloa cartel moved a lot of drugs

Guzmán’s drugs came into Mexico and later the United States on fishing boats and trains, helicopters and planes, semi-submersible and tanker ships, shoe boxes and chilli cans. Although many more drugs crossed over than were seized, a few notable successes for authorities included a 16-tonne seizure from a merchant vessel in Panama and a six-tonne seizure out of Ecuador.

Although it never happened, the cartel also discussed trying to move 100 tonnes of cocaine on an oil tanker ship.

A horrifying claim was never heard in court

In documents unsealed Friday, one witness alleged that El Chapo routinely raped young girls, preferring 13-year-olds whom he considered “his vitamins”. He was also accused of raping a young woman, who testified against him in court. That woman, Lucero Guadalupe Sánchez López, was believed to be his former lover and sobbed on the stand while recounting her affair with the kingpin. Evidence about these attacks, kept from the jury because it was considered prejudicial, was published just before deliberations. – New York Times