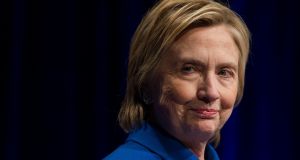 Hillary Clinton’s campaign team will help with efforts to secure recounts in key states where Donald Trump’s margin of victory was razor thin, its general counsel said on Saturday.

Marc Elias wrote in a post on Medium that the Clinton team had been conducting its own review of election results, in which it had found no evidence that the election was sabotaged.

His words echoed those from the White House, which said in a statement to the New York Times on Friday the election results “accurately reflect the will of the American people”.

But Elias also wrote that the Clinton team would support the Green party candidate Jill Stein in her effort to secure recounts in Wisconsin, Pennsylvania and Michigan.

“We certainly understand the heartbreak felt by so many who worked so hard to elect Hillary Clinton, ” Elias wrote, “and it is a fundamental principle of our democracy to ensure that every vote is properly counted.”

He added: “Because we had not uncovered any actionable evidence of hacking or outside attempts to alter the voting technology, we had not planned to exercise this option ourselves.

“But now that a recount has been initiated in Wisconsin, we intend to participate in order to ensure the process proceeds in a manner that is fair to all sides.”

Elias said the campaign believed it had “an obligation to the more than 64 million Americans who cast ballots for Hillary Clinton”.

More than 7 million Americans voted for other candidates, including Stein and the Libertarian Gary Johnson.

Elias wrote: “If Jill Stein follows through as she has promised and pursues recounts in Pennsylvania and Michigan, we will take the same approach in those states as well.

“We do so fully aware that the number of votes separating Donald Trump and Hillary Clinton in the closest of these states” - Michigan, where the Republican leads by 10,704 votes with the result expected to be certified on Monday - “well exceeds the largest margin ever overcome in a recount.

“But regardless of the potential to change the outcome in any of the states, we feel it is important, on principle, to ensure our campaign is legally represented in any court proceedings and represented on the ground in order to monitor the recount process itself.”