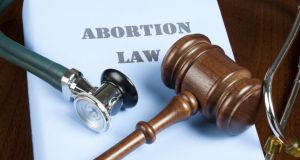 Planned Parenthood president Cecile Richards apologized for what she called the lack of compassion shown in the video. Stock photograph: Getty Images

The edited video shows Planned Parenthood executive Deborah Nucatola discussing how to preserve hearts, lungs and livers of foetuses during an abortion.

The footage also shows Dr Nucatola estimating prices but indicates the numbers concerned the cost for the medical procedure, not how much the organisation could get by selling the organs.

The organization has denied organ-selling claims by the Center for Medical Progress, an organisation founded by anti-abortion activists, which distributed the video earlier this week.

A Spokesperson said Dr Nucatola was describing procedures used in the donation of foetal tissue for medical research, and that such donations are only performed at the request of patients.

Selling human foetal tissue is illegal in the United States, but donation is allowed.

Dr Nucatola, the senior director of medical services, remains employed by Planned Parenthood, according to a spokesman for the organization, but “she has been reprimanded”.

“The video that has emerged in recent day’s highlights some of the more grotesque ethical and legal nightmares associated with the abortion industry,” said Mr McGrath.

Mr McGrath called on the IFPA which is a member of Planned Parenthood International to “condemn these actions and make it explicitly clear that it does not support the manipulation of abortion procedures for the purposes of maximising monetary profit by trading in human body parts.”

IFPA chief executive Niall Behan said: “The IFPA is Ireland’s leading sexual health provider and provides a range of sexual and reproductive health services to over 17,000 clients each year.

“We have no comment to make on Deputy McGrath’s remarks about alleged wrongdoing in another jurisdiction but we do suggest that he ascertain the facts in matters such as this before seeking media attention.”

A spokesman for the Irish Council of Civil Liberties said “The ICCL works to promote and protect human rights in Ireland and has no comment to make regarding Deputy McGrath’s attention-seeking remarks about alleged events in a foreign jurisdiction.”

The president of the Planned Parenthood Federation of America, Cecile Richards, apologized Thursday for what she called the lack of compassion shown by Dr Nucalota.

Planned Parenthood officials and supporters said Texas’s planned investigations were unnecessary overreactions to a video they noted was released by an anti-abortion activist group, heavily edited and devoid of any proof that anyone has sold foetal tissue.

The controversy in the US does not seem likely to disappear anytime soon, especially in Texas, where majority Republicans have worked in recent years to reduce abortions by forcing clinics to close and weakening Planned Parenthood - primarily by kicking the organization out of the state’s Women’s Health Program in 2011 - and from the state’s smaller Breast and Cervical Cancer Services program this year.

Texas officials were among the fastest to react to the release of the video Tuesday morning. The group had filmed Dr Nucatola while posing as potential buyers for a human biologics company at a lunch meeting.

Senator Charles Schwertner, a Georgetown Republican who chairs the Senate Health and Human Services Committee investigating the issue, announced it would meet before the end of the month.

“The recent video showing a senior Planned Parenthood executive casually discussing the sale of organs and dismembered body parts of aborted human babies is unquestionably one of the most evil and deplorable things I’ve ever seen,” Mr Schwertner said.

“I plan to call the Senate Committee on Health and Human Services into an emergency meeting later this month to ascertain whether this appalling practice is currently taking place in Texas, and if so, what steps can be taken to put a swift and decisive stop to it.”