Brett Kavanaugh’s second accuser to be interviewed by FBI 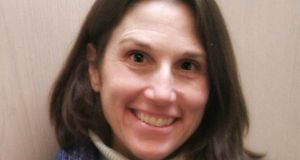 The FBI has contacted a second woman who has accused Brett Kavanaugh of sexual misconduct, as the bureau opened an investigation into Donald Trump’s nominee for the Supreme Court.

Lawyers for Deborah Ramirez, a former student at Yale University who accused Mr Kavanaugh of exposing himself to her at a party while they were students, confirmed that their client had been contacted by investigators.

But Democrats criticised the investigation for not interviewing other women who have come forward.

Donald Trump announced on Friday that he was asking the FBI to open a limited investigation into allegations of sexual misconduct against Mr Kavanaugh. It followed a tumultuous 36 hours on Capitol Hill following emotional testimony from Christine Blasey Ford, the woman who accused Mr Kavanaugh of attempting to rape her at a high school party when she was 15. Testifying publicly after Ms Blasey Ford, Mr Kavanaugh vehemently rejected all accusations of sexual assault and mistreatment of women.

But in a sign of the enormous pressure facing Republicans over the acrimonious hearings, the Senate agreed to delay a vote on Mr Kavanaugh’s nomination by a week to allow for an FBI investigation. It follows demands made by Jeff Flake, a key member of the Senate. A member of the 21-member Senate Judiciary Committee which voted to move the vote to the full senate by 11 to 10, his vote helped to secure the passage of Mr Kavanaugh’s nomination. But he demanded an FBI investigation as a condition of his support.

As Washington continued to reel from last week’s divisive testimony from Mr Kavanaugh and his accuser, focus this weekend turned to the scope and parameters of that investigation.

US president Donald Trump hit out at an NBC report that the investigation would be limited.

“NBC News incorrectly reported (as usual) that I was limiting the FBI investigation of Judge Kavanaugh, and witnesses, only to certain people,” he said on Twitter on Saturday.

He later said at a rally in West Virginia that the FBI is “talking to everybody”. “They have free rein to do whatever they have to do.”

Julie Swetnick, a woman who claims that Mr Kavanaugh attended parties where widespread sexual assault took place, would not be questioned by investigators, her lawyer Michael Avenatti said this weekend.

But crucially, Mark Judge a friend of Mr Kavanaugh who Dr Ford says witnessed Mr Kavanaugh’s assault on her, will be questioned by investigators.

In an indication of the deeply personal emotions that have been raised by the controversy surrounding Mr Kavanaugh’s nomination, White House aide Kellyanne Conway said during an interview on CNN that she had been a victim of sexual assault. “I feel very empathetic, frankly, for victims of sexual assault, sexual harassment and rape,” she said during the Sunday morning interview.

As debate raged about the scope of the inquiry, press secretary Sarah Huckabee Sanders said that the investigation “cannot become a fishing expedition like the Democrats would like to see it be”. She said that Democrats had been “absolutely disgraceful in the way that they handled this process, in the way they have exploited both Brett Kavanaugh and Dr Ford”.

With the FBI due to complete its work by the end of the week, all eyes remain on a handful of Republican senators who have not yet given their endorsement to Judge Kavanaugh. These includes Senator Susan Collins of Maine and Senator Lisa Murkowski of Alaska.