America Letter: $21m for innocent man after 37 years in prison 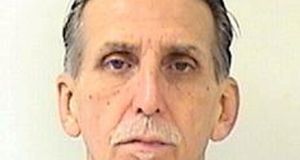 Craig Coley: he was wrongly convicted of the 1978 murders of an ex-girlfriend and her four-year-old son

This week the city of Simi Valley in California announced it had made a $21 million (€18.4m) settlement with one of its residents, Craig Coley. Now 71, Coley spent 37 years in prison for a crime he did not commit.

The grievous miscarriage of justice dates back to 1978 when Coley’s ex-girlfriend, Rhonda Wicht, who was then 24, and her four-year-old son were found dead in their home. Cowley was arrested and tried for their murder. The case resulted in a hung jury, and the judge declared a mistrial.

However, he was found guilty in a second trial the following year, and the conviction was upheld by the California court of appeal a decade later.

Coley always maintained his innocence, representing himself at the trials and insisting that he had been socialising at a restaurant right up to the time the murders took place.

A diligent Simi Valley police detective began to re-examine the case many years after Coley’s conviction despite resistance from within the police department. DNA evidence emerged that proved Coley was not the killer, and his conviction was overturned. He was released in November 2017, and pardoned by then governor Jerry Brown.

Announcing the settlement this week, Simi city manager Eric Levitt said: “While no amount of money can make up for what happened to Mr Coley, settling this case is the right thing to do for Mr Coley and our community.”

Coley is just one of hundreds of convicted prisoners exonerated each year in the US.

Last month Huwe Burton, who spent 19 years in prison for the murder of his mother, was cleared. He was found to have been pressurised into making a false confession. “I stand here for that 16-year-old boy who didn’t have anyone to protect him, and the adults didn’t protect him at that time,” he said in court.

In Brooklyn, New York, prosecutors are re-examining dozens of cases after several convictions in cases run by one particular detective were overturned.

The case of Coley and others also shines a spotlight on America’s prison population. The US has the highest incarceration rate in the world. Figures from the Bureau of Justice Statistics show that almost 2.2 million people were held in federal, state and correctional facilities at the end of 2016 – up from 350,000 in 1972.

While there has been a slight drop-off in recent years, the US’s prison population has been expanding exponentially for decades, with many blaming the war on drugs and Bill Clinton’s controversial 1994 crime bill which introduced a mandatory life sentence for repeat offenders and increased funding for federal prisons.

The problem of mass incarceration also has a strong racial component, with African-American men more likely to end up in prison, often for minor misdemeanours or because they cannot afford bail payments. According to writer and lawyer Michelle Alexander, one in three African-American men will spend time in prison if current trends continue.

Criminal justice reform has emerged as a policy issue for Democratic candidates in next year’s presidential campaign. Senator Kamala Harris, for example, has highlighted her background as a prosecutor and state attorney general to make the case for prison reform.

Yet the US’s mass incarceration problem has also prompted a rare example of successful bipartisanship. One of the final achievements of the last Congress was the passing of a criminal justice reform bill. Known as the First Step Act, the new legislation is the most significant change to crime policy in a generation.

Spearheaded by President Donald Trump’s son-in-law and adviser Jared Kushner, whose own father spent time in prison for white-collar crime, it was backed by a majority of both Democrats and Republicans. Though cautious about embracing a policy that could be seen as soft on crime, many conservatives came on board because of concerns about the spiralling cost of the prison system.

The new law introduces changes around sentencing, including a reduction in mandatory minimum sentences for non-violent drug offenders, while also expanding early-release programmes.

Trump has made criminal justice reform one of his surprise policy priorities, meeting with celebrity Kim Kardashian West on the issue, and agreeing to her request to pardon Alice Johnson, a grandmother who was serving a life sentence for drug offences.

For those such as Coley who have been jailed in the wrong, however, it may be too late. Speaking this week, Coley said he forgave those who wrongfully convicted him. But he was clear about one thing: “There is no money that can replace what I lost.”