What is prorogation and why is Boris Johnson using it? 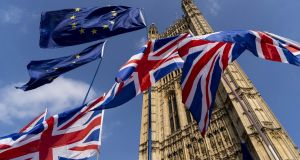 Prorogation is a formal mechanism to end a session of parliament, normally lasting only a short time until proceedings begin again with a new Queen’s Speech – which sets out the government’s agenda for the coming session of parliament. It means parliament’s sitting is suspended and it ends all current legislation under discussion. It is normal for this to happen every autumn. The current parliamentary session, which began in June 2017, is the longest in almost 400 years.

So is this just normal procedure?

There are a number of highly irregular factors at play here. For prorogation to last more than a month is unprecedented in recent times. For example, since the 1980s prorogation has typically lasted less than a week.

However, the five-week suspension does include a three-week period that would typically be recess anyway, three weeks during which the Liberal Democrat, Labour and Conservative party conferences are held.

The length of the prorogation will clearly have the effect of narrowing rebel MPs’ options – they have two weeks less in parliament to pass any anti-no-deal legislation.

Why does Boris Johnson say he is doing this?

Johnson has rejected claims his decision is designed to block MPs from considering ways to thwart his Brexit plans after he was accused of mounting a “coup” against parliament. No 10 said there would be “ample time” for MPs to debate Brexit either side of the EU summit on October 17th. He says the move will allow him to “bring forward an ambitious new legislative programme for MPs’ approval”.

Can MPs vote against prorogation?

No. Parliament is due to go on a three-week conference recess anyway in the second week of September and there had been suggestions MPs would vote against holding this recess, or any attempt to extend it. However, proroguing parliament is not voted on by MPs so cannot be stopped in this way.

How does the privy council come into this?

The request to Queen Elizabeth was made at a privy council meeting at Balmoral by a small number of senior ministers who attend the meetings.

Could the queen have refused the privy council’s request

Technically, yes under the royal prerogative. But in reality it would have been extremely difficult for her to do so. Labour leader Jeremy Corbyn has written to her saying that “there was a danger that the royal prerogative is being set directly against the wishes of a majority of the House of Commons”.

How will this affect plans to stop no deal?

Less than 24 hours after Corbyn and other opposition MPs came to an agreement that they would use legislative efforts to stop no deal, rather than the “nuclear option” of an immediate no-confidence vote, it looks like the window for potential legislation has become far narrower.

It makes the prospect of a snap no- confidence vote far more likely and remainer MPs will need to weigh up that option again. Corbyn has offered to lead a caretaker government to negotiate an extension to article 50 and then call a general election – an offer that is highly unpalatable to most Conservative MPs.

The Conservative rebel Dominic Grieve, who opposes a no-deal Brexit, said he would consult with like-minded MPs over the next few days ahead of parliament’s return next week.

Grieve said a vote of confidence was now more likely. “If it is impossible to prevent prorogation then I think it is going to be very difficult for people like myself to keep confidence in the government and I could well see why the leader of the opposition would wish to table a motion for a vote of no confidence,” he said.

Will there be legal action to stop prorogation?

There will certainly be an attempt. The SNP MP Joanna Cheery has confirmed that she has spoken to her legal team about speeding up the planned action in the Scottish courts, which was due to be heard on September 6th.

Labour’s Ian Murray, another of the cross-party group of more than 70 MPs and peers behind the action, said they would consider seeking an interim interdict – similar to an injunction in England and Wales – in the court of session to block prorogation.

Led by Jolyon Maugham QC’s Good Law Project, the group had been seeking a ruling from the court of session to prevent the prime minister going to the queen with a request for prorogation until all appeals were exhausted. – Guardian