Theresa May to form government with DUP support

Arlene Foster has confirmed that the DUP will go into talks with British prime minister Theresa May about supporting her Conservative Party. Video: Reuters

British prime minister Theresa May confirms that she will form a government backed by the DUP.

Theresa May called a snap election in April as she faced Brexit negotiations. File photograph: Will Oliver/EPA

Theresa May will reshuffle some cabinet posts on Saturday after she announced she would form a minority government with the support of the Democratic Unionist Party (DUP).

Ms May’s Conservatives have lost their parliamentary majority after the British prime minister’s gamble on an early election backfired and the party lost 12 seats.

The Conservatives won 318 seats in Thursday’s election, eight short of an overall majority, making the support of the DUP’s 10 MPs essential for Ms May to form a government.

“What the country needs more than ever is certainty, and having secured the largest number of votes and the greatest number of seats in the general election, it is clear that only the Conservative and Unionist Party has the legitimacy and ability to provide that certainty by commanding a majority in the House of Commons,” the prime minister said outside Downing Street, following a brief visit to Buckingham Palace.

“As we do, we will continue to work with our friends and allies in the Democratic Unionist Party in particular. Our two parties have enjoyed a strong relationship over many years, and this gives me the confidence to believe that we will be able to work together in the interests of the whole United Kingdom. ”

She also said that she intended to press ahead with her plans to take the UK out of the EU and forge a new trade deal with its former partners.

DUP leader Arlene Foster said she would enter talks with the Conservative Party “to explore how it may be possible to bring stability to our nation at this time of great challenge”.

Senior DUP sources said the two parties had not yet made any deal to ensure a return of the Conservative government but that more formal talks would begin next week.

Ms Foster spoke to Ms May before the prime minister met Queen Elizabeth on Friday morning to say she planned to form a new government.

A senior party source said Ms May and Ms Foster came to an understanding during that conversation.

Ms Foster, who saw her party increase its representation from eight to 10 seats, said it would be the union between Britain and Northern Ireland that “will be to the forefront of our minds”, that this was the party’s “guiding star”.

Following the Conservatives’ unexpected losses and Labour’s gain of 32 seats, a number of Conservative MPs suggested Ms May should resign. The prime minister not only directed the Conservative campaign but put herself at the centre of it, promising “strong and stable” leadership.

Amid speculation that she could make way for a new Conservative leader within months, Ms May announced last night that her five most senior ministers would remain in their posts.

She will announce some ministerial appointments today, but the changes are expected to be modest.

Jeremy Corbyn’s Labour Party confounded expectations by winning 262 seats, an increase of 32, in a 9 per cent swing from the Conservatives. Last night the party clinched the final seat in Kensington – its first time winning the London seat.

The Liberal Democrats, who made their opposition to Brexit central to their campaign, gained three seats but former leader Nick Clegg lost his.

The Scottish National Party had a bad night, losing 19 seats, including those of deputy leader Angus Robertson and former leader Alex Salmond. 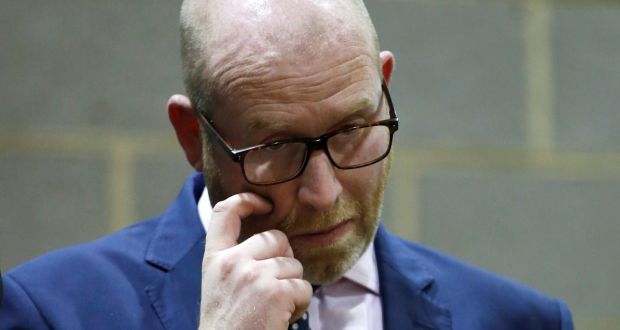 Although Mr Corbyn said he was ready to try to form a government, only the Conservatives and the DUP had the numbers and the will to form a majority administration.

The DUP said on Friday it had not yet formulated a list of demands that it would require to enter into an effective confidence-and-supply arrangement with the Tories.

It is expected the party will focus on practical issues such as job creation, tourism promotion and greater funding for health, education and infrastructure, as well as ensuring that farm subsidies are maintained as the UK prepares to quit the EU.

On Brexit, the DUP, as stated in its manifesto, wants the “best deal for Northern Ireland, recognising that we share a land frontier with the Republic and the particular circumstances of our unique history and geography”.

If it makes specific demands on sensitive issues such as parading, special support for British army veterans in Northern Ireland, and immunity for British soldiers allegedly involved in killings in the past, it would cause serious difficulties with Sinn Féin.

In the ballot for the North’s 18 seats, the DUP won 10, while Sinn Féin increased its representation from four to seven.

The SDLP lost its three seats, including John Hume’s old seat of Foyle, which former leader Mark Durkan was unable to defend against Sinn Féin. The Ulster Unionist Party lost its two seats. North Down’s Lady (Sylvia) Hermon is now the only centre-ground MP from the North.

Both Sinn Féin president Gerry Adams and Ms Foster said they wanted to restore the Northern Executive and Assembly as quickly as possible, although such are the divisions between the two parties that there is little confidence this could happen by the June 29th deadline set by Northern Secretary James Brokenshire.

Minister for Foreign Affairs Charlie Flanagan is due in Belfast on Monday for talks with some of the parties.

DUP figures say they have been driven on by their dismay at the possibility of Mr Corbyn becoming prime minister.

DUP figures insist that their relationship with Ms May’s team has been close since she became prime minister 11 months ago.

A DUP source said: “We want there to be a government. We have worked well with May. The alternative is intolerable.”

The DUP’s “price” for propping up a new Conservative government will include a promise that there would be no post-Brexit special status for Northern Ireland, the party’s leader in Westminster confirmed.

Nigel Dodds, who was re-elected as North Belfast MP, said that among their preconditions would be an insistence that there was no separate deal that would effectively keep the region with one foot still inside the EU.

The DUP fears that special status after Brexit - a key demand of Sinn Féin - would de-couple Northern Ireland from the rest of the UK.

The DUP backed Brexit in last year’s EU referendum campaign and regards as sacrosanct the overall UK decision to leave.

Sinn Féin argued that because the Northern Ireland electorate voted by 56 per cent to remain within Europe in last year’s vote and that the North will be the only UK region with a post-Brexit land Border with the EU, the area should have special designated status.

Despite Sinn Féin’s gains, Mr Corbyn would have been unable to rely on the support of the seven Sinn Féin MPs to form a government, as the party will continue its policy of boycotting Westminster.

Late on Thursday night Gerry Adams, the Sinn Féin president, said his MPs would not be going to the House of Commons.

A senior Sinn Féin spokesman later said there “wasn’t a snowball’s chance in hell” of the party ditching its abstentionism regarding Westminster.

Ms May had come under pressure to resign as British prime minister from a number of quarters following the result.

Mr Corbyn has said she should step down, saying voters had rejected the Conservatives’ economic policies.

“The prime minister called the election because she wanted a mandate. Well, the mandate she’s got is lost Conservative seats, lost votes, lost support and lost confidence. I would have thought that is enough for her to go actually,” he said.

Former Tory chancellor George Osborne described it as a “catastrophic” result, while another Conservative MP said: “She needs to go.”

A minister admitted there would be “fury” within the party among those who did not believe an election was necessary.

The failure of the prime minister’s election gamble, taken when the party was more than 20 points ahead in the polls, triggered uncertainty on the eve of Brexit talks, causing a drop in the value of sterling on Friday.

Labour secured an unexpected win in the previously safe Conservative seat of Canterbury, and also took control of Peterborough, which was one of the Brexit capitals of the country. There were also gains for Mr Corbyn’s party in Battersea, Stockton South, Bury North and Vale of Clwyd.

The former Lib Dem leader and deputy prime minister, Nick Clegg, spoke out about the need for the government to be sensitive about huge societal divisions as he was defeated by Labour in Sheffield Hallam.

The party’s leader, Tim Farron, hung on to his seat in Cumbria, while Vince Cable was re-elected in Twickenham.

Conservative minister Ben Gummer, a close ally of the prime minister and a key author of the party’s manifesto, lost in Ipswich, while the financial secretary to the Treasury, Jane Ellison, was defeated in Battersea.

The home secretary, Amber Rudd, faced a recount in a tight race in Hastings but just held on.

It was a bad night too for Ukip, in which the party’s leader, Paul Nuttall, came third in Boston and Skegness, and it was crushed in its former seat of Clacton. Mr Nuttall later resigned as party leader.

4 Coronavirus: 431 cases confirmed in the State

5 Summer jobs boom: ‘I’ve hired more students in the last three weeks than I have ever’