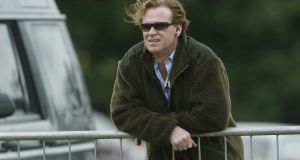 James Hewitt: Princess Diana confessed in a BBC “Panorama” programme in 1995 that the pair had had an affair. Photograph: Julian Herbert/Getty Images

Princess Diana’s former lover James Hewitt has spoken out about their affair, denying longstanding rumours he could have been Prince Harry’s father. The former cavalry officer said speculation had persisted because “it sells papers”. Diana confessed in a BBC Panorama programme in 1995 that the pair had had an affair. She and Prince Charles separated in 1992, divorcing four years later. In an interview with Channel Seven’s Sunday Night in Australia, the former Life Guards officer was asked: “Are you Harry’s father?” He replied: “No, I’m not.” The host asked him: “Why does that keep being repeated?” He said: “It sells papers”. – (PA)