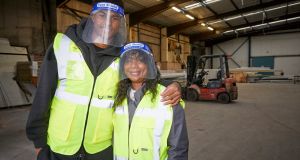 Footballer Marcus Rashford has been described as a “hero of our times” after his campaign to provide free meals to children in Britain during the school holidays prompted an outpouring of support on social media.

The England and Manchester United striker (22) posted a string of tweets to his 3.6 million followers on Thursday night and Friday, highlighting cafes, bars, restaurants and other organisations who had volunteered to help children going hungry.

The viral campaign came after MPs rejected a bid from Labour, backed by the footballer, to extend free school meals over the school holidays until Easter 2021.

Among the businesses and organisations around the country who offered free food were tea rooms, churches, farms and takeaways.

Liverpool City Council and the Greater Manchester region both announced subsidised food schemes in the wake of Rashford’s campaign, shortly after both areas went into the toughest lockdown tier in England.

Announcing plans for food vouchers via the Co-op, Mayor of Greater Manchester Andy Burnham tweeted: “Was good to tell Marcus Rashford that we, his home city-region, aim to be the first in the country to achieve his vision.”

After unveiling a similar scheme in his city, Liverpool mayor Joe Anderson tweeted: “Families are struggling more than ever to make ends meet. No child should have to go hungry and in Liverpool we won’t let them. Thanks for your hard work and campaigning Marcus Rashford.”

A host of celebrities also offered their support to the England star, with journalist Caitlin Moran tweeting: “Marcus Rashford’s timeline swells your heart – people across the country doing something about feeding kids at Christmas.”

Rashford was recently awarded an MBE for campaigning efforts that prompted a government U-turn on the subject of school meals this summer.