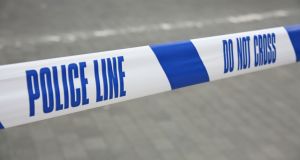 London police are investigating after four men were injured in a stabbing incident at a music festival in north-east London on Saturday. File photograph: iStock.

Four men were injured after a stabbing incident at a music festival in north-east London on Saturday.

Police said three of the victims were taken to hospital to be treated for “stab and slash injuries” after the incident at Hainault Forest Country Park in Chigwell where the Garage Nation festival was held.

The Metropolitan Police said officers were called at 7.35pm on Saturday where two men, aged 22 and 26, and a third adult male were found with non life-threatening injuries.

A fourth man was treated at the scene but had left before police arrived.

All four men are believed to have been injured in a single incident, the Met added. No arrests have been made.

More than 100 artists were due to perform across six stages at the festival on Saturday, according to a Facebook page for the music event.

Alarm has been expressed over the number of knife attacks in London so far this year with the total number of murder investigations launched in the English capital reaching at least 81 last week. - PA