Conservatives cruising to landslide victory in local voting in UK

Ukip suffered significant reverses, with voters switching to the Tories 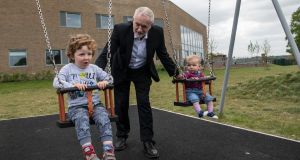 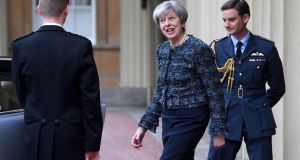 British prime minister Theresa May leaves Buckingham Palace for Downing Street after an audience with the queen on May 3rd. Photograph: Victoria Jones/ PA Pool/Getty

The Conservatives are cruising to a landslide victory in local voting in the UK on Friday, in a foretaste of a potential victory in the June 8th general election.

As of 1.15pm on Friday, UK prime minister Theresa May’s party have won 1,011 council seats in England, Scotland and Wales – a net gain of 271 – and control 12 councils, according to a BBC tally.

“It’s early days, but it could be the best set of local election results for the Tories for 25 years or so,” John Curtice, Professor of Politics at Strathclyde University, told BBC Radio 5.

The Conservatives won the election for the first regional mayor of the West of England, centered on Bristol, and profited from the near-annihilation of the UK Independence Party (Ukip), which was created to fight for Brexit.

The other big loser is Labour, whose leader Jeremy Corbyn has failed to inspire supporters.

The main opposition party lost almost a quarter of its seats in its heartland of Wales, as well as overall control of the city of Glasgow in Scotland. While none of this bodes well for Mr Corbyn, it‘s worth bearing in mind that turnout is lower in local elections and that votes aren’t being held in areas including London, which voted to remain in the EU and traditionally leans toward Labour.

“It‘s going to be a difficult election,” said Philip Johnson, Labour‘s candidate for the general-election target seat of Nuneaton, in central England. He’d just lost his council seat in a county that fell to the Tories. Asked if he thought Mr Corbyn would be a good prime minister, he paused, before replying: “That‘s a difficult question.”

Mr Corbyn’s allies are insisting there are positive signs among the defeats. The results have been “tough“ for Labour, but not the “wipe-out” some polls were predicting, the party’s chief finance spokesman John McDonnell said.

“We are winning the argument on policy and we are beginning to change attitudes towards Jeremy Corbyn as well,” he told Sky News television.

The Liberal Democrats, who are trying to use their opposition to Brexit to appeal to voters angry at the referendum result, showed no signs of a breakthrough. They have 233 seats, a net loss of 34.

For Ms May, a favorable result comes with some risk. Her election message has been built around the idea that votes for Labour or the Liberal Democrats threaten to put Mr Corbyn in power. A sweeping win in the local elections could make that look less plausible, and undermine her efforts to ensure a strong turnout on June 8th.