‘To be honest, I am quite ashamed to be British in many ways’ 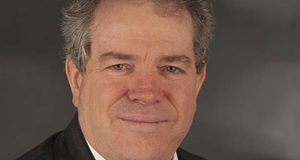 Charles Tannock MEP: “I deeply regret the Brexit outcome. It was done on a slim majority on a broad franchise. And there were a pack of lies and false promises made.” Photograph: Wikipedia

With a grandmother born in Dublin in 1895, Charles Tannock is one of the thousands of people who has used his relatives to secure an Irish passport in the rush after the Brexit referendum.

Where he differs is that Mr Tannock is a Conservative Party MEP for London.

Describing himself as a “pretty angry pro-European Tory” and a “passionate remainer”, he is virulently opposed to Brexit, and applied and received the passport following the vote to leave the European Union.

Criticising the “arrogance and hubris . . . the petty nationalism, the triumphalism” of members of his own party after the vote, Tannock says his interest in his Irish past has always been in the back of his mind, but has now been reignited.

“It has been awakened by Brexit because, to be honest, I am quite ashamed to be British in many ways,” he said.

Recently, the outgoing Irish ambassador to London, Dan Mulhall, said the government was expecting to issue twice the number of Irish passports in the UK this year compared to 2015, the last pre-Brexit year. Before the referendum to leave the UK, around 50,000 Irish passports were issued in Britain each year.

The rules around Irish passports dictate that anyone who has a parent who is an Irish citizen at the time of their birth can get a passport. Citizenship can also be gained if a grandparent was born in Ireland, even if a parent was not.

Mr Tannock’s grandmother was born in Dublin, before leaving with her mother to go to England as a young girl. She later married an English man. Their daughter, Mr Tannock’s mother, was born in the UK.

“I feel more Irish than ever,” he told The Irish Times. “I am very proud to be Irish. I am going on a pilgrimage with my mother because she has also just got an Irish passport. She got hers in Paris. We are going on a mother and son pilgrimage to Dublin in the autumn to try and locate the house where her mother was born in 1895.”

The reason for getting the Irish passport was partly psychological, to ensure he still has a link to Europe, but he will continue to use his British passport for the immediate future at least.

“I wanted to feel fully European and be reassured I would remain an EU citizen. I was not getting it to use it now. It is more a statement of my EU and Irish heritage and loyalty. I believe that you can be loyal to more than one country, you can love different things in different ways. I love being European, I love being Irish, I love being British and I don’t see any incompatibility between them. Having an Irish passport made me feel a lot better psychologically to be honest.

“My view is that as long as I am an MEP, I will only use the Irish passport when I have not got my British passport. As a British MEP, my duty is to carry on travelling as a British citizen but I am seriously considering after Brexit about whether I will renew my British passport if we head in the very hostile direction towards the rest of Europe.”

Tannock previously considered applying for an Irish passport when he wanted to travel to Argentina as a young man and could not do so on a British passport, but said he found the bureaucracy “daunting”.

After the June referendum result, he started to do research and gathered the documents required for the application.

The outcome of the referendum is regrettable, he says, but he will continue within the Conservative party, where is he is one of two MEPs for London.

“It is a hard place to be as a remainer Tory, but I am not leaving the party yet,” said Tannock. He has been an MEP for 18 years and says there are “plenty” of members of the Conservative party upset at the Brexit vote and the subsequent negotiations to leave.

“If someone like me were to leave the Tory party, it would just become Tory-kip – a Conservative UKIP and I think you need some moderates to try and redress the imbalances which have crept into the Conservative party,” he said,

“I deeply regret the Brexit outcome. It was done on a slim majority on a broad franchise. And there were a pack of lies and false promises made. I don’t feel morally bound by the outcome but I accept that legally that was the result.

“The government feels bound by it, there is no going back on Brexit but where I can be absolutely clear, there is nothing in the referendum which says we have to have the hardest Brexit. I have been campaigning ever since day one for the softest Brexit to stay as close as possible.

“If my model were adopted – to stay in the single market and the customs union – there would be no Border problem in Ireland. Instead they have decided that Brexit means Brexit, there has to be a total divorce and Europe has to become something quite alien. They have this ludicrous idea, led by someone like [international trade secretary] Liam Fox that somehow the EU has stopped Britain trading with the world. I have always said that if that was so, Germany would have left the club decades ago.”